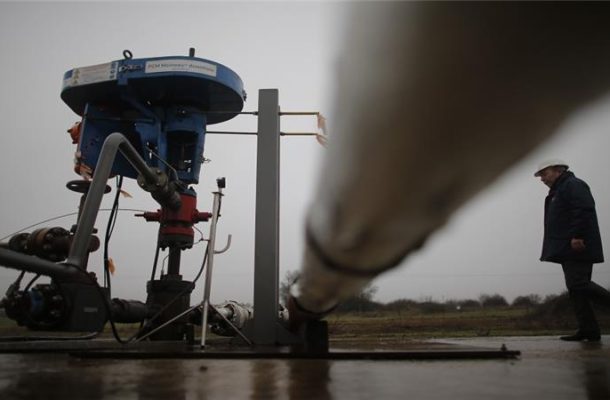 Global emissions of the potent greenhouse gas methane may be double current estimates, posing a serious new challenge in the fight against climate change, researchers say.

The new study is based on a database 100 times larger than previous ones, and uses a methodology that avoid debatable assumptions underlying earlier models.

Within the figure, the methane leaked during the production and use of natural gas, oil and coal is 20 to 60 percent higher than previously thought, says the study, published in the peer-reviewed journal Nature.

"Both emissions inventories and atmospheric studies have underestimated methane emissions from fossil fuel development," Stefan Schwietzke, a scientist at the US National Oceanic and Atmospheric Administration and lead author of the study, told AFP news agency.


Emissions from industry and natural geological sources combined "are 60 to 110 percent greater than current estimates," he said.

The new findings may have serious implications for global efforts to cap global warming at "well under" two degrees Celsius, the target laid down in the landmark Paris Agreement that will enter into force next month, experts say.

"Emissions scenarios currently used for climate prediction need to be reassessed taking into account revised values for anthropogenic" - or human-generated - "methane emissions", said Grant Allen, a professor at the University of Manchester, commenting on the study.

Reaching the UN-backed temperature target, in other words, could be even more difficult than once thought.

While not as abundant or long-lived as carbon dioxide (CO2), methane (CH4) is 28 times more efficient at trapping heat in Earth's atmosphere over a 100-year time span.

It is the second largest contributor to global warming after CO2, accounting for about one-fifth of accumulated temperature increase since the beginning of the Industrial Revolution in the mid-18th century.

Methane concentrations in the atmosphere more than doubled over the next 250 years before mysteriously peaking in 1999.

They remained constant until 2007. And then, after a brief hiatus, levels started to climb sharply again.

Experts disagree as to why, but whatever the cause fossil fuels are apparently not to blame, according to the study.


"Methane emissions from fossil fuel development have been dramatically underestimated," Schwietzke told AFP. "But they're not responsible for the increase in total methane emissions observed since 2007."

Despite a dramatic jump in natural gas production during those years due to the controversial extraction method known as "fracking", related methane emissions remained constant because of reduced rates of leakage, he explained.

The silver lining of higher-than-expected methane emissions from fossil fuels, he added, is a "great potential" for further improvements in the gas and oil industry.

Natural sources such as wetlands, wildfires, termites and wild animals account for a significant percentage of annual emissions.

But most methane seeping into the atmosphere - up to twice as much as previous estimates, the study found - comes from human activity, whether from fossil fuel production or cattle, landfills and rice paddies.