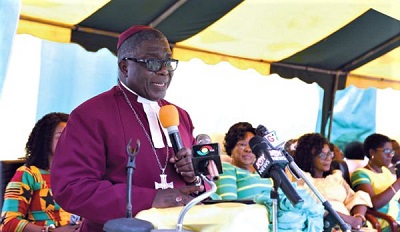 The Methodist Church has thrown its weight behind the Wesley Girls High School to reject the call by the Ghana Education Service to allow Muslim students observe the Ramadan fast on Campus, saying it cannot "accede" to such directives.

It comes just a day after the GES gave it's directives to the schools to allow  Muslims students to observe the fast, which ends next week.

The GES directive went specifically to the school, but it is the Church that has taken up the challenge to respond in rejection, claiming the school's decision is "non religious".

In a statement, the Church said the rule is long standing one, which has been used on some renowned Muslims that pass through the school.

"The school rule in question is a long standing one which is also non-religious and various renowned Muslims ladies in Ghana who  passed through the school adhering to such rules.

"The policies of the school over the 186 years of existence have resulted in Wesley Girls High School being the school of choice, excellence and achievement and the church remains in full support of these policies."

The Ghana Education Service (GES) has directed the authorities of Wesley Girls’ High School in the Central Region and other Senior High Schools nationwide to allow Muslim students to partake in the Ramadan fast.

The Church has however rubbished the directives, saying it cannot accede to a "unilateral directives" of the Government.

The statement by the church also swerves the expectations of the Muslim Caucus in Parliament, after the two leaderships met on the same issue. 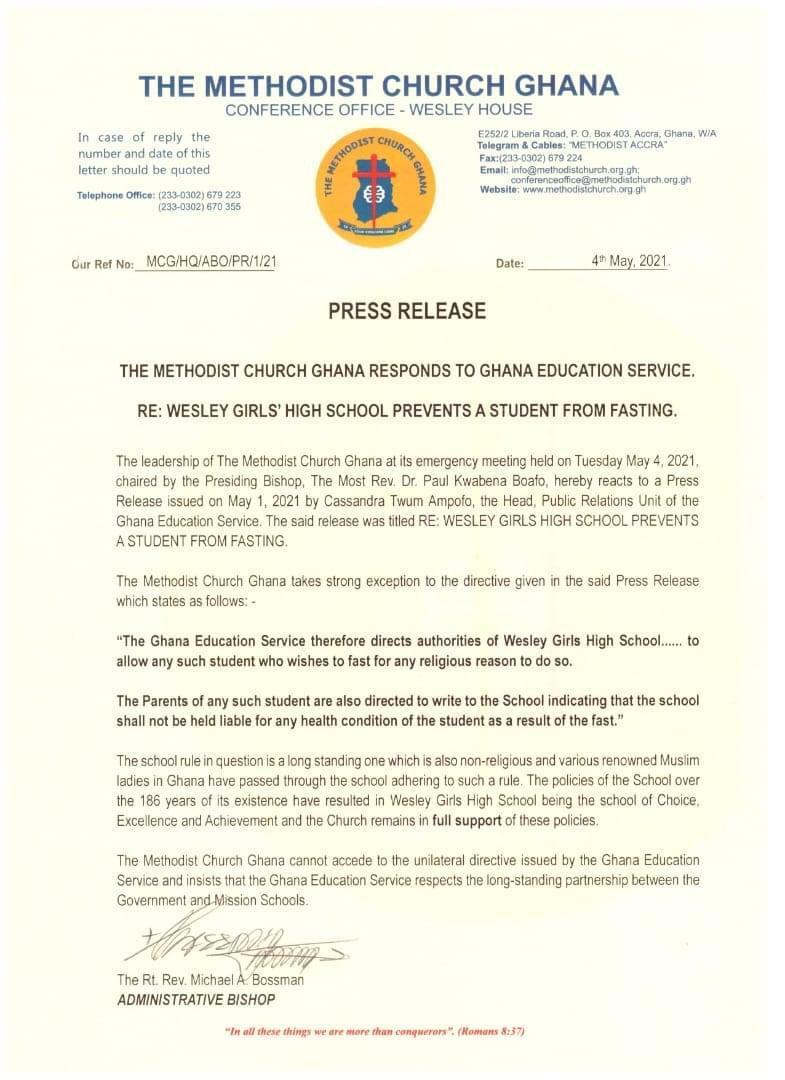 Wesley Girls’ High School had prevented a Muslim student from fasting during the ongoing Ramadan period, a decision that got the school being lambasted by some Ghanaians and human rights advocates in the country.

The NationalChief Imam had earlier expressed disappointment in how Muslim students are treated in some Christian-established schools, questioning the genuineness of kindness shown on him.

The Muslim Caucus in Parliament had earlier met with the leadership of the Methodist Church to find an amicable  solution to the brouhaha.

After a meeting with the Church, which the head of the Methodist Church  Rev. Dr Paul Kwabena Boafo was in attendance, the Muslim Caucus in Parliament had expressed hope their demands would be granted.

But Tuesday's media statement issued by the church turns to makes the meeting with MPs an exercise in futility.

Many have urged Muslms to withdraw their children from the mission schools if the religious discrimination will continue.

However, sections of Ghanaians have also expressed fear over the future of the relationship between Muslims and Christians in the country.