Video:Microsoft mocks Apple in new ad;says iPad pro is not a computer 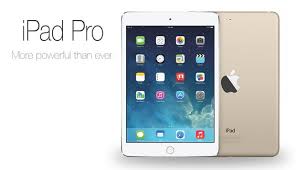 You're likely still recovering from the revelation just a couple of weeks ago that the iPad Pro is now a computer.

Apple was insisting it's incredible what its tablet can now do.

Here we have Microsoft's Cortana retaining her cordial relations with Apple's Siri.

Siri seems to be celebrating, you see.

"I just got a keyboard," replies Siri, referring to her iPad Pro. "I'm a computer now. Like you."

From there the chuckles and insults flow.

Apple didn't immediately respond to a request for comment. I did, however, ask Siri on my own iPhone what she thought of the Surface Pro 4.

"I'm afraid I can't answer that," she said. A touch coy, I thought.

My colleague Dan Ackerman, in reviewing the Surface Pro 4, mused that Microsoft does actually charge you extra for its keyboard. He still described it as "a trailblazer."
I'm not entirely sure that any company has quite worked out what a computer is anymore.

This will likely only be solved when we have computers implanted in our brains. Just imagine how much easier life will be then.