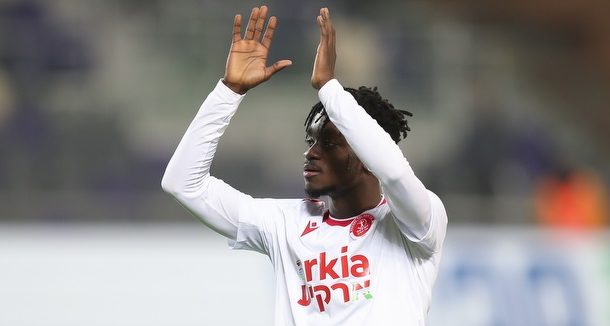 According to SportsWorldGhana, Wolves have already opened talks over a deal for Boateng ahead of the summer transfer window.

The 23-year old has been in impressive form for Hapoel Tel Aviv since joining them two seasons ago after the expiration of his contract with Ghana Premier League side Aduana Stars.

The former West Africa Football Academy graduate has made an impressive 20 appearances for Hapoel this season scoring a single goal in the process.

Per the new regulations governing the Premier League, Boateng does not qualify to get a work permit in England because of his inactivity for the national team in Ghana.

But despite that setback, Wolves are still interested in signing the promising talent and subsequently loan him to another club in Europe.

Meanwhile, clubs from Belgium and Denmark are also monitoring the contract situation of the central midfielder for a possible transfer. the midfielder's current contract with Hapoel Tel Aviv expires in June 2020.

The player is currently valued at 300 hundred thousand EUR according to Transfermarkt.com.

Hapoel Tel Aviv currently is on fifth position in the Israeli League with 45 points after playing 29 matches.