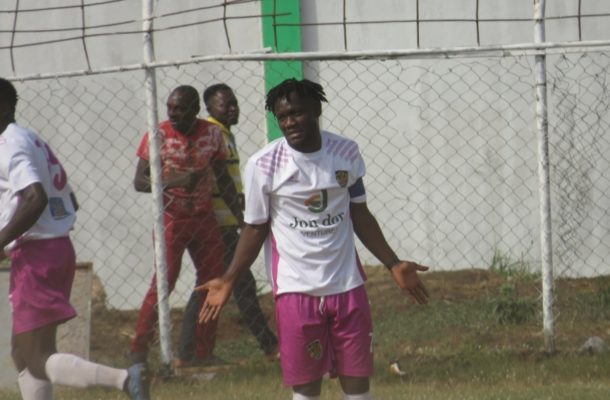 Ghanaian topflight side, Aduana Stars FC are set to announce the signing of midfielder Emmanuel Sarkodie from Division one league side Nkoranza Warriors.

Fresh reports emanating from Ghana suggest that the 23-year old talented midfielder is on the verge completing a switch to the Dormaa based club despite earlier report linking him to Hearts  of Oak and Asante Kotoko.

The management of the 'Ogya' lads are reportedly in advanced talks with Nkoranza Warriors over the acquisition of Sarkodie as they seek to augment their squad for the ongoing 2019/20 campaign.

The midfield dynamo has already arrived  in Dormaa to hold talks with Aduana Stars regarding his personal terms.

He was reportedly on the brink of inking a deal with Asante Kotoko subject with a mandatory medical test.

Hearts of Oak and Legon Cities also expressed interest in landing the young midfielder from the second-tier club in this transfer window.

Sarkodie has emerged as a top transfer target for most Premiership clubs following his explosive performance in the ongoing Division One League.