Mikel Arteta wants Thomas Partey at Arsenal for next season 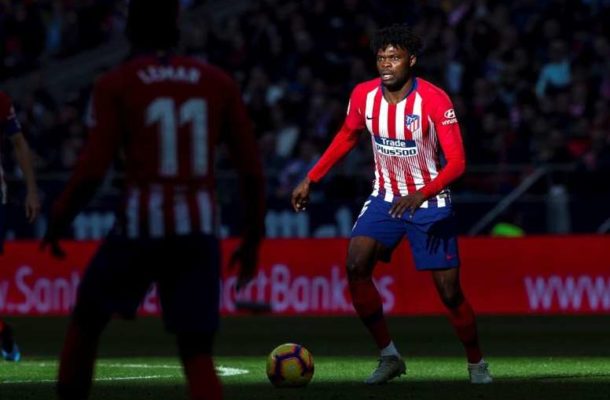 Nobody escapes the physical power that Thomas Partey displays in the midfield of Atlético de Madrid. Mikel Arteta would have asked Arsenal to make the Ghanaian a priority for the coming year.

Thomas is one of the most sought-after box to box midfielders today. At 26 he has become, by his own merits, a fixture for Simeone, and his performance on the field has not gone unnoticed. Arsenal will go for him in the summer.

According to The Telegraph, the relatively affordable Thomas Partey clause (set by his contract, which expires in 2023, at about 50 million, according to 'AS'), would fall within the framework of Arsenal's budget.
Sources at Wanda Metropolitano there is “interest from an English club” and his buy-out price means he will be a target.

Arteta wants a defensive midfielder as one of his priorities as he looks to rebuild after taking over from Unai Emery in December.

The Spaniard has been impressed with Partey over the midfielder’s five seasons as a regular in La Liga. Before that, Partey had loan spells at Mallorca and Almeria in the second tier before making the step up

Mikel Arteta would have become infatuated with him, and would have asked the club for an exceptional effort to take over his services.

Atlético has already been warned, and will undoubtedly work to renew the Ghanaian's contract, and, incidentally, increase the clause to an amount consistent with his quality.