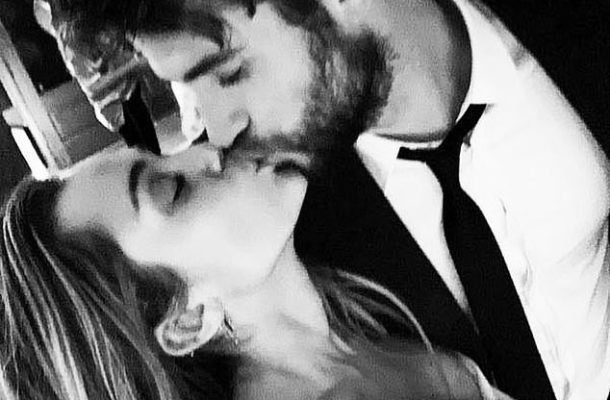 News of their marriage started making rounds after photos of the couple celebrating with family surfaced online on Monday. 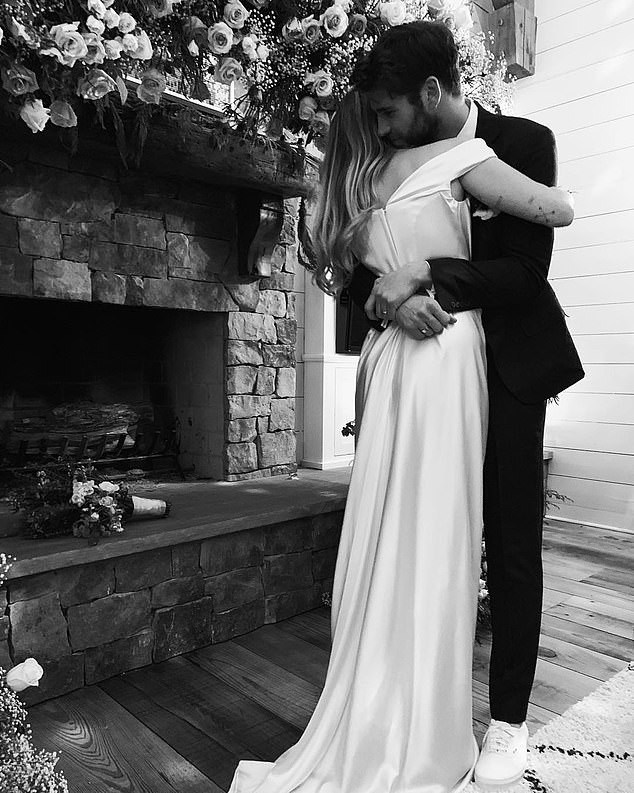 Now the 26-year-old singer who met her husband on the set of their 2010 movie 'The Last Song' has taken to social media to share sweet images of them hugging and kissing after they tied the knot in a low-key wedding which took place on Sunday. 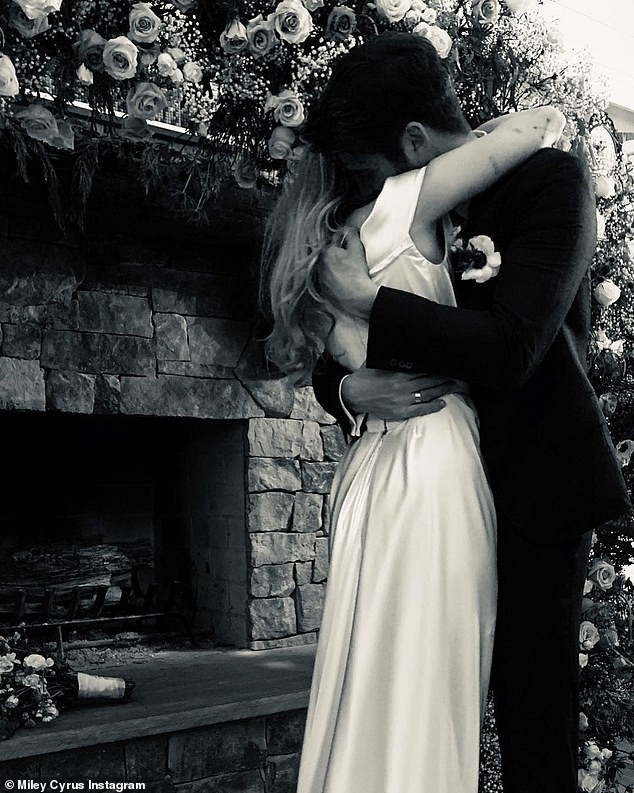 In one of the images Miley shared on Twitter on Wednesday, she captioned it, '10 years later.' 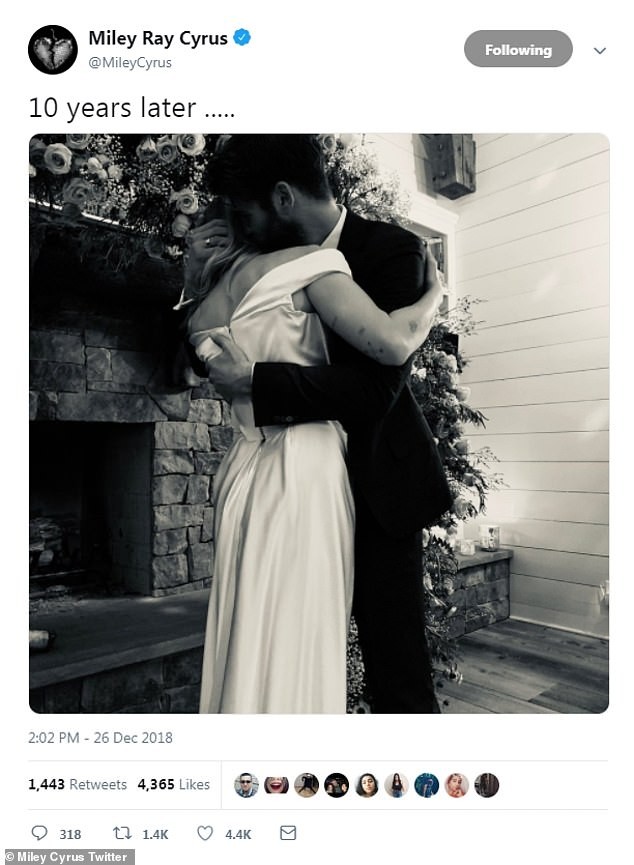 The couple who announced their engagement in 2012, before breaking up and eventually rekindling their romance exchanged nuptials in their home in Franklin, Tennessee - contrary to initial speculation that they were planning to wed in Liam's native Australia.