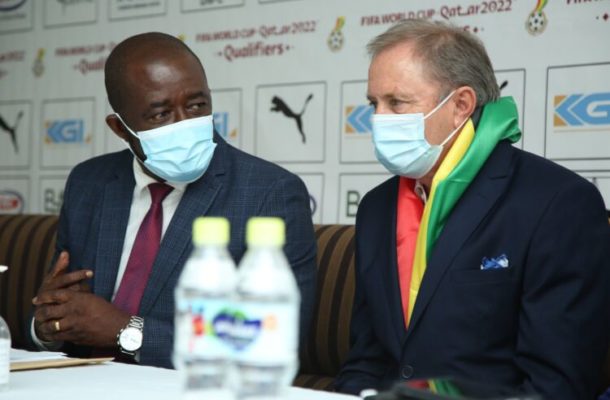 Retunee Black Stars coach Milovan Rajevac has said that he will be the final decision maker in player selection into the senior national team despite being open to ideas from  management.

He believes he can bear his own responsibility for every decision he takes as he faces tough targets set for him by the GFA.

The former Algeria head coach arrives at the scene at a time when player selection into the various national teams has dominated the discussions among home fans.

But speaking on Friday at press conference, the head coach assured fans he will be solely responsible for selecting players for the national team.

"Am open to ideas from Black Stars management but I take the final decisions," he said.

“It is very important to build and maintain a good relationship with the leadership of the GFA.

"But when it comes to the selection of players into the team, it is my responsibility.”

The experienced gaffer is expected to rescue Ghana’s hopes of securing a place at the 2022 World Cup to be played in Qatar.

Ghana have had a horrendous start to the World Cup qualifiers. The four-time African champions defeated Ethiopia 1-0 at the Cape Coast Stadium in the first qualifier, before losing to South Africa in Johannesburg by a similar scoreline days later.

The Black Stars after 2 games sit in 2nd place in Group G with 3 points. South Africa are top of the table with 4 points. Ethiopia sit 3rd with 3 points, whiles Zimbabwe sit bottom with a point.

Ghana will return to action next month for the 2022 FIFA World Cup qualifiers against Zimbabwe in a double tie.