Mining concessions not dished out to party faithful - Veep's spokesperson 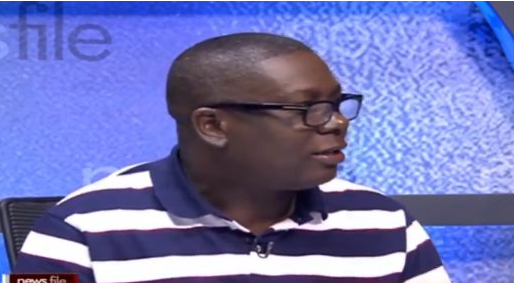 The Technical Advisor and spokesperson for the Vice President has described as unfounded allegations that the Akufo-Addo-led regime has been dishing out concessions to party members to engage in illegal mining.

Dr Gideon Boako said the administration had made it very clear that anyone caught in what is popularly called ‘galamsey’, irrespective of the person’s political affiliation shall be dealt with according to the law.

“If anyone in government or an affine of government gets involved in this act, one, it does not just go to discredit the government, but it is also an act that must not be tolerated in society,” he reiterated.

Speaking on JoyNews’ Newsfile Saturday, he stated that all party members with mining concessions had obtained them properly, going through the various processes legally to acquire them.

Mr Wontumi’s was allegedly implicated in a leaked audiotape suggesting he was benefiting from one of such concession and using the funds to fund the NPP’s activities.

Dr Boako stated that Wontumi had acquired his concession during former President John Mahama’s era and thus, the current government could not be accused of nepotism.

“Wontumi more or less was having the largest concession as a Ghanaian in the country during the era of Mahama. He was mining, and so it wasn’t today that he started mining,” he said.

He added that Wontumi had the right to sponsor a political activity with proceeds from his concession.

Dr Boako, however, commended government on its efforts and successes in combating galamsey in the country.

According to him, hitherto the ruling party’s efforts, there were problems issuing licenses to people interested in mining, and state agencies and institutions did not have enough capacity to regulate, monitor and license mining activities in the country.
But, many people have blamed President Nana Akufo-Addo saying he has failed in the fight against illegal mining, contrary to his promise to Ghanaians.

These assertions follow reports that confiscated excavators and other equipment being used by illegal miners have gone missing.

On his part, Senior Vice President of policy think-tank, Imani Africa, Kofi Bentil, has criticised Parliament for not delivering on its mandate as a check on the Executive in the fight against galamsey.

According to the outspoken private legal practitioner, issues about accountability regarding the Presidency-led fight against galamsey falls squarely in the ambit of Parliament but it has failed to do that so far.