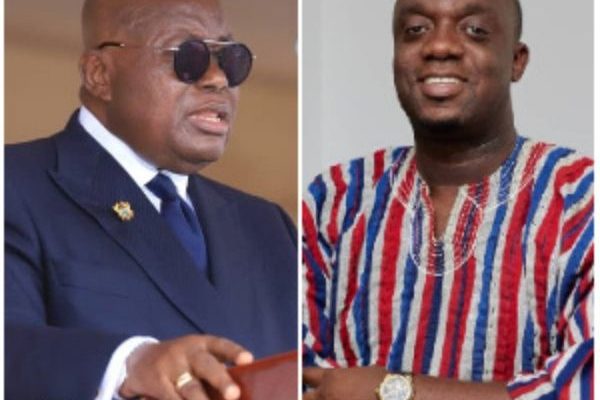 The President says he will not heed calls for him to reshuffle his appointees saying "the issue of reshuffling or performance of my ministers is a daily pre-occupation, I'm required on a daily basis to ask myself whether a particular minister is up to the mark".

"I am the final authority and if they are not up to the mark, I'm required to act. So if they are up to expectations then I don't have any reason to heed to the calls for reshuffling," President Akufo-Addo said.

"...NDC wants to destabilize your government, there are people who are also looking for jobs," he said amidst laughter", President Akufo-Addo said this in an interview with Radio North Star in Tamale on Monday, August 8, 2022.

Touching on the issue of reshuffle during an interview on Peace FM's "Kokrokoo" programme, the NPP General Secretary says the President "is not afraid to reshuffle".

Rather, according to him, the President reshuffling or dismissing his appointees will disrupt the consistency in his administration.

Mr. Frimpong Koduah explained that it is only prudent to maintain the appointees in these times of difficulties in order not for the President to lose focus.

"He wants consistency through this period. Then [2] he said, as a leader, when you are in crisis, you don't have to panic. Because if you think things are not going well and so I should remove this person or that person, if care is not taken, as a leader, you may lose focus. That means you are following the whims and caprices of your supporters.