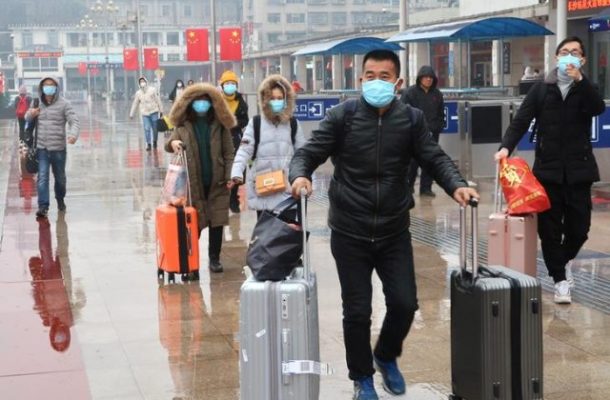 The Minority has called on the government to immediately evacuate Ghanaian students currently locked up in China, to evacuate them from the Asian nation, to a less prone area in the country or back to Ghana.

They have given the government a three-day ultimatum for the Akufo-Addo-led government to take action.

According to them, France, Switzerland, Philippines, Russia, Libya among other countries have all evacuated their nationals from China as a result of the coronavirus outbreak.

The United States of America, they noted, is additionally doing a second round evacuation of their nationals, urging the government to swiftly move in to save the Ghanaian students before anything bad befalls on them.

Addressing journalists on the sidelines of Parliamentary sitting, Tuesday, the Ranking Member of the Foreign Affairs Committee and NDC MP for North Tongu, Samuel Okudzeto Ablakwa said Ghana has the capacity to evacuate the Ghanaian students from China, especially, those trapped in Wuhan where the coronavirus originated from.

He cited Libya as an example to support his argument stating that during the first Libyan Civil war nine years ago, Ghana was able to evacuate her nationals who were more than a thousand back to Ghana.

According to Ablakwa, records released by the World Health Organisation indicates that 1,016 people have been confirmed dead with 43,000 infested with the Corona Virus.

They argued that the government cannot be insensitive to the plight of Ghanaians, stressing that this is a humanitarian issue and the earlier the government acts, the better.