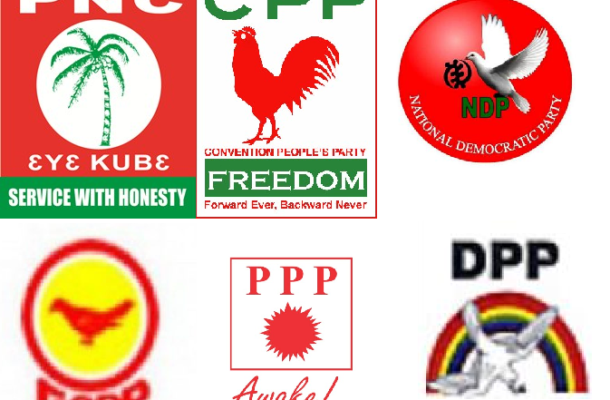 Minority political parties have bitterly complained about their exclusion from mainstream broadcast media after the 2016 general election.

The meeting was organised by the Institute for Democratic Governance (IDEG) and the Radikale Venstre (RV) of Denmark, with the support of the Danish Institute for Parties and Democracy (DIPD).

It was to review their Small Political parties and Multiparty Democracy in Ghana (SPMDG) pilot programme that began in February 2016 to build the capacities of the minority political parties, to help them in enhancing the mobilisation of their members, particularly the women and youth, and strengthen their internal structures; and the pilot is to end this December.

The review meeting was a frank and lively discussion among executive members  of the party and facilitators.

The party executives said programme managers of radio stations often demanded huge sums of money before they would host them.

One of them, Mr Kwamena Prince Okyere of the PPP, narrated how he had been blacklisted from a radio station, because he pocketed the honorarium given to panellists after the programme.

He said the practice of the representatives of the National Democratic Congress (NDC) and the New Patriotic Party (NPP) was to give the honorarium to the programme managers, and because he did not know, he put his in his pocket.

Therefore, he was not invited again, but he had learnt the lesson not to appropriate the money given but hand it over to the programme managers of stations.

However, the Executive Director of IDEG, Dr Emmanuel Akwetey, told the parties that because they did not have the money, clout and space of the two dominant parties, the NDC and the NPP, they had to be strategic in their activities.

He said since they did not have the money to engage in some of the corrupt activities of the other parties, they had to find spaces to mobilise, where there would not be the need to engage in corruption.

He said social media provided a strong space for minority parties to mobilise and capitalise on the goodwill of Ghanaians.

“Rethink the power conferred on you by the 1992 Constitution and re-imagine a different kind of politics devoid of corruption,” he urged them.

A Senior Research Fellow of IDEG, Mr Kwesi Jonah, in his conversations with representatives, said from his analysis of the 2016 Election results, the minority parties made an impressive performance in about 10 of the  275 constituencies.

He said they might not have captured seats, however, they impressively mobilised for the election, nearly capturing some seats such the Komenda-Edina-Aguafo-Abirem (KEEA) constituency and added to the success of the 2016 general election.