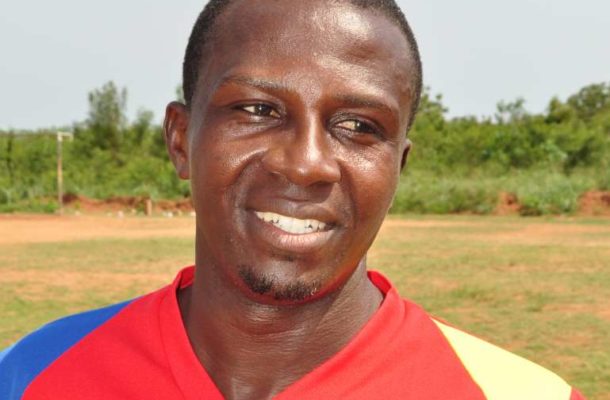 Former Hearts of Oak skipper Yaw Amankwaa Mireku  has stepped in to ease mounting tensions between former teammate Charles Taylor and  fans of Hearts of oak.
Amankwaa, who captain Hearts of oak to win the CAF Confederation Cup in 2005, wants the fans to "forgive" Taylor as the two prepare for a ceremonial match against Kotoko oldies at Accra Stadium on Wednesday.

"on behalf of the 64 Batallion Squad i will like to plead with the Oak Tree family to kindly forgive our colleague and brother CHARLES KWAKU ASANPONG BANUAH TAYLOR.

"Please accept the sincere apology of our colleague to enable him perform in the game."

Taylor's verbal outbursts with a fan named Sheriff  angered the Phobian fraternity, who  do not understand why he always speak ill of the club and take them to the gutters whenever he gets the opportunity.

Recent comments made by the former Ghana Premier League sensation, Taylor, about alleged ill-treatments he endured at Hearts of Oak did not sit well with fans of the club who accused the player of disloyalty and betrayal.

Despite the fracas, Taylor openly said he will be at the stadium to feature for his former club, Hearts of Oak, once again against Kotoko.

Taylor played three seasons for Accra Hearts of Oak before he was demonised by the phobians due to a controversial move to perennial rivals Asante Kotoko in 2003.

Charles Taylor is billed to play for Hearts of Oak in Wednesday’s game against his former club Asante Kotoko as some retired players of the the two soccer giants in the country  play a friendly match on Wednesday to mark the independence day celebration at the Accra sports stadium.