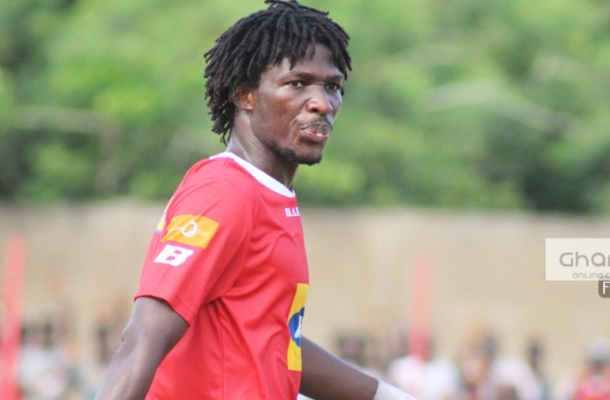 The Burkinabe import who was the club’s top scorer at the end of the botched Ghana Premier League first round is on a run of six games without scoring for the Porcupine Warriors.

Despite missing a lot of chances, Yacouba provided two assists in Kotoko’s 2-1 victory against Zesco United on Wednesday and Akonnor believes it’s only a matter of time before the goals start to flow again.

“The boy is doing very well. He’s been working very hard. Just that his finishing hasn’t been good. I feel sad for him sometimes” Akonnor said in his post match interview.

“As I said it’s just a matter of time before he starts scoring. I really like how he is helping the team,” he added.