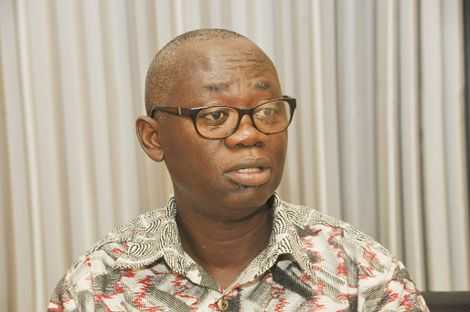 Director-General of the Ghana Education Service, Professor Kwasi Opoku-Amankwa, has insisted that usage of mobile phones in Senior High schools [SHS] are not allowed per the rules and regulations governing second cycle institutions.

However, he affirmed some selected SHSs have been allowed to pilot the usage of mobile phones in their schools as a means of preparing second cycle schools into the technology landscape of assessing information.

“According to the laws of the GES, mobile phones are not allowed to be used in schools, but the level of technology in the world now has strained us to find appropriate ways of making adjustment to the already existing laws, reasons why we have started the piloting of mobile phones usage in some selected second cycle schools.

“ . . Meanwhile, none of the piloting schools is associated with the recent profane videos surfaced on social media,” he added.

On a one-on-one interview with UTV’s 'Adekye Nsroma’ programme, Professor Opoku-Amankwa strongly explained that punishments apportioned by authorities to students who were captured on viral videotape uttering profane words befit the crime committed per the laws of the educational system in Ghana.

Professor Opoku-Amankwa stressed that teachers of the various secondary schools are doing their best to shape-up students kept in their care, therefore parents should as well play their part, knowing that parenting is a shared responsibility between teachers and parents.

“As GES we are doing our possible best and will continue to do more with lots of sacrifices, parents should as well play their part knowing that responsible parenting is very much necessary in the upbringing of their children,” he said.