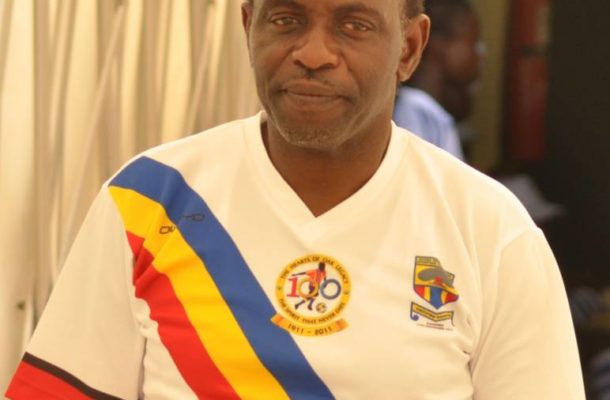 Legendary former Hearts and Ghana great Mohammed Polo has named his Black Stars all time best XI but conspicuously missing from the list is Abedi Ayew and Asamoah Gyan.

The two Ghana greats did not get a look in in the dribbling magician's best XI as Ghana's all time top scorer Asamoah Gyan who has scored 51 goals and Abedi Ayew who won the African best award on three occasions were all left out.

Abedi Pele was only good enough for the bench whiles Asamoah Gyan was completely left out of the his team.

Players who  played for the Black Stars and performed well in the late 80's and early 90's were left out as Anthony Yeboah and Samuel Osei Kuffour were both snubbed.

The legendary Polo makes this revelation in his yet to be released biography  titled: “Polo -The Magnificent -- Story of the Dribbling Magician”.

The book which was authored by Nii Odai Anidaso Laryea, is set to be officially launched in Accra in the coming weeks.

He explained in the book while the country has become a conveyor belt of talents with a lot of great players like himself and Robert Mensah, Dan Oppong, Akuetteh Armah (99 Styles), Seth Ampadu, Addo Odametey, Osei Kofi, Ibrahim Sunday, Abdul-Karim Razak, and Dan Owusu as his all-time first team.

“The difficulty in naming Ghana’s all time best is that players excelled at different points in our football history. The list is endless, and this indicates that Ghana abounds in soccer talent,” he explained to the Graphic Sports.