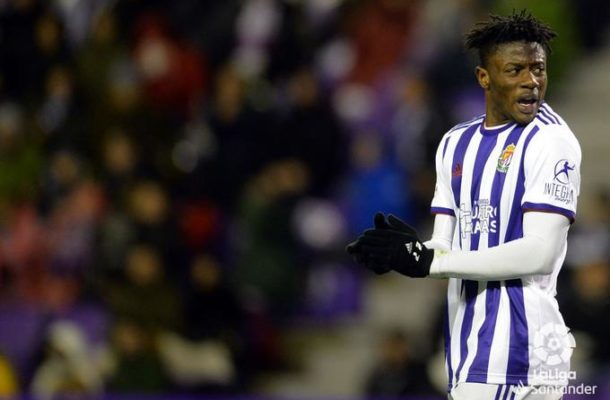 The name of Mohammed Salisu is on many agendas . The Ghanaian is one of the real names of Real Valladolid today . Interests of many Spanish and foreign teams mark the day-to-day life of a player who has added one more club in the bid, and the level of Real Madrid .

As insures As on the cover of its Wednesday edition, the '27' blanquivioleta is in the white book . Including the team of the Santiago Bernabéu Stadium in a list that already includes the Club Atlético de Madrid , Valencia CF or Getafe CF , at the national level, and Manchester United abroad, among others.

The Premier League is very aware of the player because of how accessible his termination clause seems. Those 12 million euros are an affordable figure for coffers such as Real Madrid or the rest of the teams to which Salisu's future has been linked since next June.


The whites, pending players of the African profile, have put their radar on the player but with peace of mind. "From a distance" is the term used by this medium to define what the white club's style is like in one of the operations and names next summer.