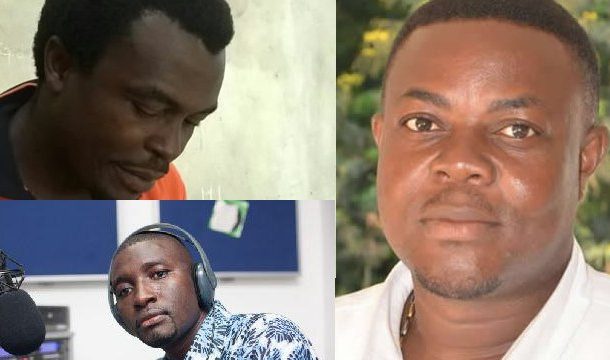 Kasapafmonline.com’s unimpeachable sources at the Nsawam Medium Security Prision have revealed that Alistair Nelson, Godwin Ako Gunn and Salifu Maase, aka, Mugabe have been taken from the prison yard to a different location.

The move comes about 48 hours to the release to the trio after their four months jail term was reduced by President John Dramani Mahama.

Alistair Nelson, Godwin Ako Gunn and Salifu Maase, Kasapafmonline.com understands, were moved out of the prison yard at about 8:00pm on Monday, some few hours after the President announced a reduction of their jail term.

It is however, not clear where the trio are spending the rest of their jail term.

Our sources further say it is just a normal security arrangement since many inmates within the yard have in one way or the other gone through a similar ordeal.

Public Relations Officer of the Ghana Prisons Service, ASP Courage Atsem when contacted to ascertain the veracity of the matter could neither confirm nor deny the story.

“We don’t disclose the location of our inmates so I am unable to answer that question”, he noted.

The trio are due to return from Prisons this Friday, August 26, 2016 after President John Dramani Mahama, on Monday, announced a reduction of their jail sentence in a statement which signed by his Communications Minister, Dr. Omane Boamah.