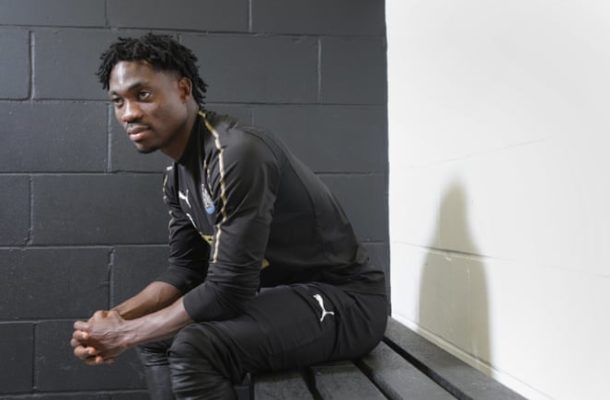 Robinson believes just five premier league starts for the Ghainian is not enough, after his performance in the 1-1 draw game at Roachdale.

Newcastle dominated for long spells of the dramatic duel and eventually took the lead in 17th minute when Almiron pounced after Christian Atsu's cutback.

However, Rochdale earned a money-spinning replay thanks to Wilbraham's tidy finish - and Rathbone even went close to a winner in the closing stages.

But the former Leeds and Tottenham goalkeeper, believes the Ghanaian has been underutilised, with boss Steve Bruce having been hit by a lengthy injury list.

Speaking exclusively to Football Insider assistant editor Russell Edge, says the Ghanaian international was the Magpies’ standout performer in their 1-1 draw on Saturday.

Atsu was handed just his sixth start of the season against the League One outfit and ran the home side ragged at Spotland, setting Miguel Almiron up for the opening goal.

Having seen Atsu play a fringe role for Bruce this season, Robinson has insisted his most recent performance should earn him a bigger place in the side.

Asked if his performance was worthy of more game time, Robinson told Football Insider: “Yeah, definitely. I thought he was their best player, he caused them all sorts of problems down the left-hand side – so much so the Rochdale manager had to change it.

“He looked attacking, he looked a constant threat, he was putting balls into the box, defensively he wasn’t tested too much but he looked good. The two full-backs were the best thing to come out of the game.”

Atsu has just five Premier League starts under his belt this season, all but one of which came in the opening seven games of the campaign.

Other than the 80 minutes picked up against Burnley, his longest runout since October was the 31 minutes he played in the defeat to Manchester United, six of his other outings clocking in at 10 minutes or less.

In other Newcastle United news, Darren Bent believes Magpies star ‘Will be off’ in the summer with top clubs surely keen.