More Ghanaians at risk of getting stroke by 2040 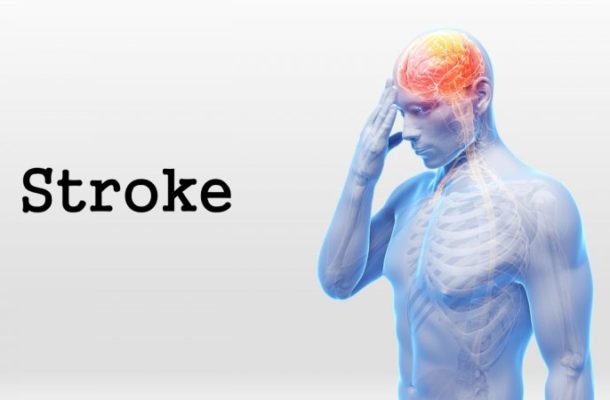 The Institute of Leadership and Development (INSLA) has cautioned the public against the consumption of Trans-Fatty Acids (TFA) which is a major contributor to Cardio Vascular Disease (CVD) such as stroke.

According to the Institute, one in four people representing 25 per cent of the population could suffer from stroke in the next 10 to 20 years if the causative factors are not addressed. Already, the World Health Organisation (WHO) estimates that about 94,000 people suffer from stroke annually in the country.

Director of INSLA, Benjamin Anabila, said the problems associated with trans-fatty acid are serious and could “surpass the devastation caused by COVID-19 in the country.”

He disclosed that in 2012, an estimated 17.5 million people died from cardiovascular diseases globally, representing 31 per cent of all global deaths.

He was speaking at the launch of a project to eliminate Trans-Fatty Acids (TFA) in the country, themed, “Making Ghana TFA free to improve Heart Health”.

He stated that the first phase of the 18-month project would create awareness on the negative impact of TFAs, advocate their elimination and help promote the welfare of citizens through the implementation of Ghana’s Public Health Act and the WHO ‘REPLACE’ Trans Fat Technical Package.

He said currently, only South Africa and Kenya have been able to eliminate TFAs from their food chain.

TFAs are unhealthy substances that are made through the chemical process of solidifying liquid oils in order to increase their shelf lives and improve flavour of foods.

Although TFA found in natural sources have not been proven to be unsafe, artificially produced TFAs have been a cause of alarm for most countries. Found in food products such as margarine, oils, and salad creams, artificial TFAs have been linked to the cause of some non-communicable diseases such as stroke.

Lecturer of family and community health at the University of Health and Applied Sciences, Dr. Phyllis Addo noted the unfortunate increase of TFA in Ghanaian foods.

She stated, “The WHO recommends that these fatty acids be limited to not more than one percent of total energy intake but people are consuming as much as four to five percent.”

She attributed this to cooking practices such as the reuse of oil for cooking as well as the preference of canned goods.

She said, there was no policy in the country regarding the need to eliminate TFAs, and, therefore, manufacturers had capitalised on the loop-hole to dump foods and oils that contained TFAs such as snacks, baked and fried foods into the country.

She therefore called on the public to ensure that they read labels on packaged food items they buy before consuming it.

The acting Head, Public Health and Health Promotion, of the Ministry of Health, Mark Atuahene, said the ministry was ready to partner stakeholders to generate a policy on TFAs in the country.

Representative of WHO, Dr Elise Kodjoe, said the world body was spearheading a global initiative to eliminate trans-fats in the world by 2030.