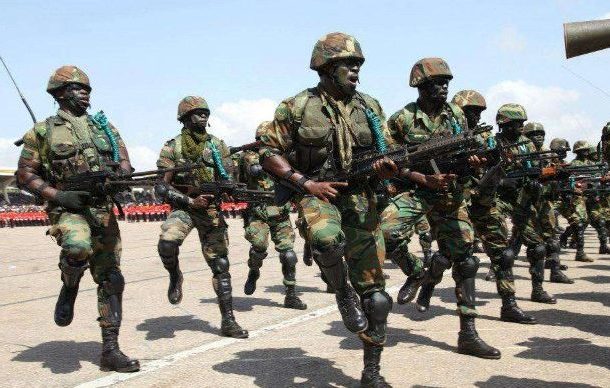 A military officer on “Operation COVID-Safety” has allegedly shot a motor rider at Doboro near Nsawam, ABCNewsgh.com has reoorted.

The incident happened on Friday morning at about 8:00 am.

It is unclear what may have triggered the military officer to fire shots injuring the rider in the process but an eyewitness believes it may be as a result of the rider ignoring orders to stop when he approached a barrier.

The rider has, however, been rushed to the Nsawam Government Hospital for treatment.

“I can’t tell exactly why the soldier shot the motor rider but I saw that he refused to stop at the barrier and decided to run away so all that I heard was three gunshots then the rider fell with the motorbike. There was blood all over and has been rushed to Nsawam Government Hospital. The Soldier also picked a taxi and followed them to the hospital,” the eyewitness recounted.

This is the second shooting incident involving a military officer on lockdown duties.

Earlier this month, a policewoman, Lance Corporal Francisca Tenge, who was also on ‘Operation COVID-Safety’ duties with a military man was shot at a checkpoint at Tema Newtown.

Lance Corporal Francisca Tenge was however discharged from the hospital after undergoing treatment.

There have also been several reports of security personnel who are on operation COVID-safety brutalizing some members of the public.

As part of efforts to curb the spread of the coronavirus, President Akufo-Addo announced a lockdown of some parts of the Greater Accra Region and the Ashanti Region.

The lockdown, which is in force in Accra, Kasoa, Tema, and Kumasi, is aimed at curbing the spread of the coronavirus.