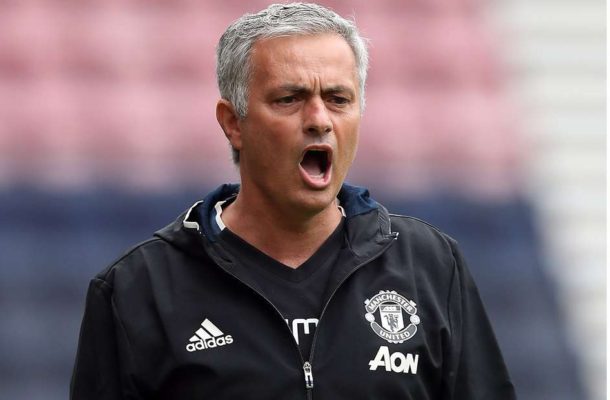 Former Chelsea boss, Jose Mourinho has triggered the anger of Chelsea fans with comments on Instagram.

The controversial football manager's son, Jose Mario Mourinho who plays for Fulham's Under-18 side took to the photo sharing app to celebrate Fulham's 2:1 triumph over their Chelsea Under-18 counterparts and unsurprisingly attracted comments from some fans of his father's former team.

Jose Mourinho, after reading the comments under his son's post decided to leave a reply or two.

Mourinho's comments did not go down well with some of the Chelsea faithfuls who turned ireful towards the Manchester United manager leaving unsavoury comments in return.

Mourinho upon realising the impact of his "harmless" comments came back with a reply under his son's instagram post claiming his comments were targeted to a particular person and not Chelsea Football Club.

“I was missed [sic] understood,” Mourinho added in a third comment left on the Instagram photo. “The images were to one person in particularly."

“I never intended to hit any Chelsea fans."

“For all the support they will always be in my heart...and when i say always i say always."

“??are the ones with stupid coments [sic] not the cfc fans."

“I will always respect them.”

Mourinho was sacked by Chelsea owner Roman Abramovich last season after the Chelsea's poor start to the season.