Mozambique: Two years on Post-Idai; food producers get a boost with GAIN’s response 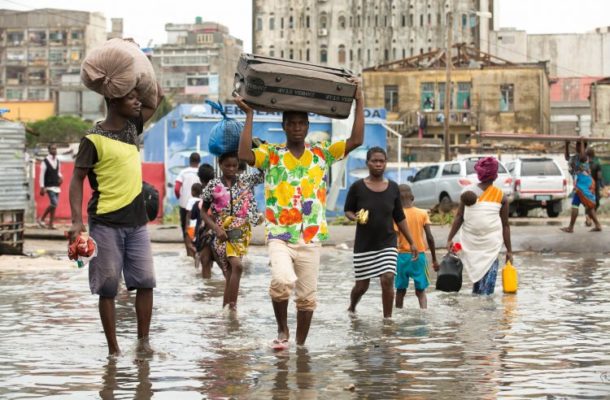 When cyclone Eloise slammed into Mozambique on January 23 its people were already struggling to recover from the combined effects of cyclones Idai and Kenneth. Idai, which hit Mozambique two years ago, was the worst weather-related disaster ever recorded in Southern Africa. A mere six weeks later on April 25, Cyclone Kenneth roared in and struck northern Mozambique about 600 miles north of Idai’s impact zone. Cyclones Idai and Kenneth were two of the top five worst storms ever to hit Mozambique. Catastrophic flooding from the storms affected close to 2.2 million people in Mozambique, Zimbabwe, and Malawi.

“What we’re witnessing is a perfect confluence of multiple disasters,” says Gaspar Cuambe, Mozambique Country Director for the Global Alliance for Improved Nutrition (GAIN) “This is an urgent situation, and we need all of the help we can muster.”

Even before cyclones Idai, Kenneth and Eloise, Mozambique was already facing severe food shortages owing to droughts in the southern and central areas of the country. The Human Development Index ranks it 180th out of 189 countries, making it one of the world’s poorest countries with 94 percent of its most impoverished residents reliant on agriculture for a basic subsistence. In September and December 2018, an Integrated Food Security Phase Classification (IPC) analysis found that more than 1.78 million people were severely food insecure. Then came cyclone Idai, which made landfall on March 14, 2019. Kenneth followed soon after.

The twin disasters couldn’t have come at a worse time. The storms arrived just as crops—such as maize, rice and sesame—were maturing and ready for harvest. The most significant crop destruction took place in Sofala and Manica provinces with losses of up to 50 percent in some regions. The tropical storms killed over 1,000 people and destroyed more than 100,000 homes.

Now, two years later, Mozambique is yet to recover from the wreckage left by Idai and Kenneth, and most recently, Eloise. According to the UN, Eloise resulted in the displacement of 250,000 people in the port city of Beira alone. Preliminary information from the National Institute of Disaster Management, revealed that 177,000 hectares of planted crop had been flooded mainly in the districts of Buzi, Dondo, Nhamatanda, Muanza and Beira city.

According to Post Disaster Need Assessment (PDNA) carried out in 2019 immediately after Idai hit, the consumption of food staples had already dropped by 50 percent, and close to 1.5 million individuals required emergency food assistance. The IPC notes that the number of people facing acute food insecurity reached 2.9 million in 2020. Although that number was set to decrease between April and September 2021, owing to the rural householders being able to live off the harvest from their own fields, Eloise  caused a significant regression in the areas affected,—as has the continuing effects of COVID-19 and the continuous devaluation of the local currency. Today, Mozambique is facing a tragedy in slow motion.

“The situation is now very dire,” says Cuambe. “We need donors to step up and respond to what is rapidly becoming a prolonged and intransigent crisis.” According to Cuambe, some of the progress made since Idai and Kenneth has been curtailed. Programmes designed to offer farmers improved seeds have halted owing to the inundation of farm lands. And the information is still trickling in. Poor roads, inadequate infrastructure and spotty communications have made it difficult for experts to assess the full extent of the damage.

How to pick up the pieces? GAIN is working with partners and donors to assist the people of Mozambique to recover from the disaster. Thanks to Euro five million grant offered by the Government of the Netherlands in the wake of Idai and Kenneth, GAIN is supporting food producers to get back on their feet, by providing:


Although the organization was supporting SMEs to fix the damage caused by the cyclone, no additional funds have been made available to deal with the aftermath post-Eloise. “We’re only monitoring the situation at this point,” says Cuambe.

If donors do respond, monies could go to reconstruct a number of small food markets—especially those that suffered further damage by Eloise following Idai. Given that the most nutritious foods—animal sourced proteins, fresh vegetables and fruit—are mostly sold in these local markets, this last is critically important to ensure that the population meets the minimum nutritional requirements.

Lucia M. Carlos is the owner and Managing Director of the Sofala province-based Quinta Lúcia, a business the specializes in the production and distribution of broiler chickens. She is one of the many business owners who was just recovering from Idai when Eloise made landfall.

“With GAIN’s support to recover from cyclone Idai’s impacts, I followed all requirements to build resilient infrastructures,” Carlos says. “But this cyclone (Eloise) was different.”

Fortunately, only one of her seven structures was destroyed, although others were damaged. Carlos is waiting until the cyclone season ends before she rebuilds the damaged facilities. “Our production continues, and this is mainly due to the support for the recovery from cyclone Idai that we received from GAIN.”

The cyclone season moreover, will not subside until April, which means the populace could be exposed to further disasters as climate change contributes to warming seas.

What the country really needs, is a long-term and robust disaster mitigation strategy that relies on planning and foresight as opposed only to disaster relief, says Cuambe. This means improving policy within the Disaster Risk Reduction (DDR) framework, building resilient infrastructures and advising and training communities.

“Responding to one crisis at a time is not the way out of this situation,” says Cuambe. “The onus is on the more developed countries to assist Mozambique to overcome its vulnerability to climate shocks and to prepare for the future.”

GAIN is calling on partners, donors and governments to do more in the wake of a series of disasters that are driving an already impoverished the country into a crisis-without-end.