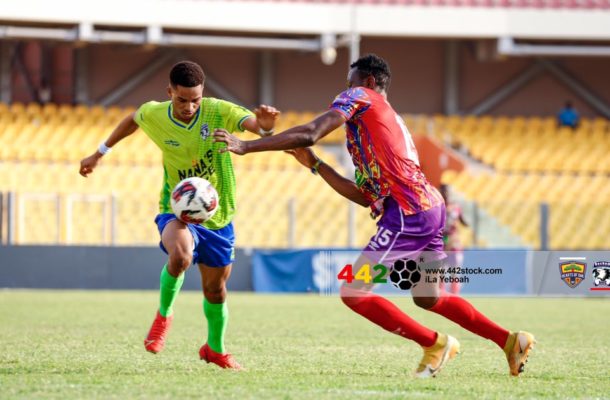 Accra Hearts of Oak have named a strong starting XI to face Bechem United as they aim to retain the MTN FA Cup trophy they won last season.

The phobians have to do so without the services of three key players who are injured and may have to sit out the game.

Hearts are without veteran midfielder Sulley Muntari, Ibrahim Salifu and Abdul Aziz Nurudeen who have all been sidelined through injury.

Others in the line up are Gladson Awako, Benjamin Yorke, William Denkyi among others.

Francis Twene, Clinton Duodu and dangerman Augustine Okrah are all in the Bechem United starting line up. 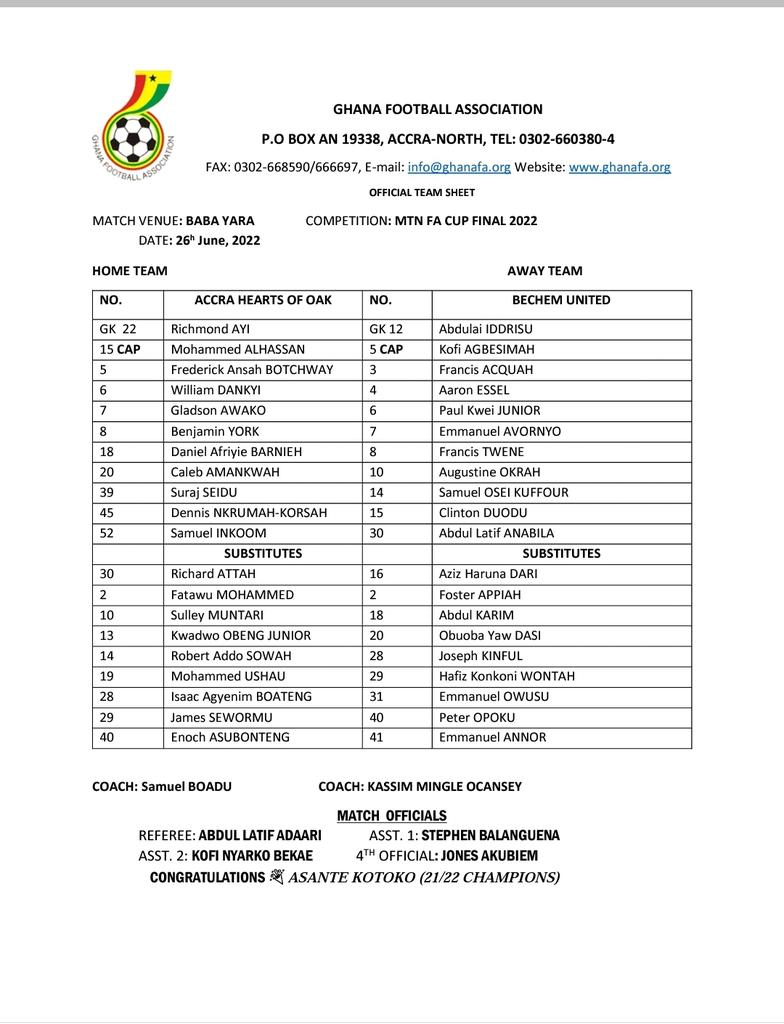