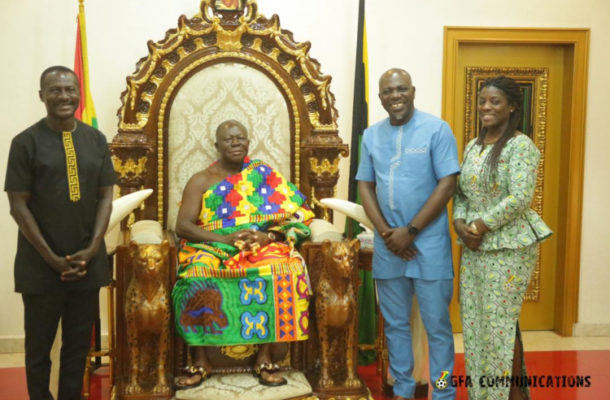 The MTN FA Cup finals will come off in Kumasi at the Baba Yara Stadium on 26th June, 2022 between holders Hearts of Oak and Bechem United.

Members of the MTN FA Cup Committee on Friday, 17th June, 2022 paid a courtesy call on the Asantehene, Otumfour Osei Tutu II at the Manhyia Palace.

The purpose of their visit was to formally invite him to the game which come on on his land.

Chairman of the MTN FA Cup Committee, Hon Wilson Arthur led members of his committee to the palace as they also sought the blessings of the king.

They will in the coming days announce a line up of activities in the build up to the finals.