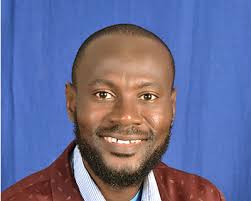 I found quite interesting the article titled Ismael or Isaac.….Who was Early Sacrificed? published in the Wednesday August 8, 2021 edition of the Ghanaian Times. Written by one Justice Mawulolo, the piece discussed the Sacrifice by Abraham of his son, Isaac (according to Jews and Christians) and Ishmael (according to Muslims). This article seeks to contribute to the discussion.
Chapter Context

Genesis 17 puts the birth of Isaac into clear perspective with very interesting references to Ishmael. God appears to Abraham and confirms His promises to make him the Father of Nations and his descendants heirs to the land of Canaan. God announces that Abraham and Sarah will have a son within a year. Regarding Ishmael, Abraham’s then 13-year old son, God said He will bless him, but that Isaac will be the one through whom His covenant with the Patriarch will be fulfilled.

Read on;
After God promised Abraham that Sarah would bear him Isaac, the grateful patriarch said Ishmael was enough for him if only he will live. "Then he said, 'If only Ishmael might live under your blessing!” - verse 18
God replies;
“Yes, but your wife Sarah will bear you a son, and you will call him Isaac. I will establish my covenant with him as an everlasting covenant for his descendants after him.
God continues;
As for Ishmael, I have heard you; I will bless him exceedingly. I will make him a great nation and the father of twelve princes. - verse 20
A critical and objective study of the above dialogue establishes the following facts;
God has already assured the patriarch that Ishmael will live, be blessed and become the father of Kings and a great nation.
God has also established His covenant with the unborn Isaac, explicitly indicating that Isaac will live to have descendants who will carry on with the Covenant.
Clearly, God has “unwittingly” assured Abraham that both Ishmael and the unborn Isaac will grow into adults and have children. Remember also that God does not utter an idle word. All He says, he does. “My covenant will I not break, nor alter the thing that is gone out of my lips. - Psalm 89:34
Therefore, it would appear illogical, absurd and farcical for God, after giving such assurances, to later demand that either of the two be slaughtered as an offering. Now, Abraham is so faithful and he knows his God too truthful to break His promises concerning the two children. So Abraham will be laughing all the way to the altar knowing that God did not really mean he should sacrifice Isaac through whom all the world would be blessed. Neither could God have demanded that he sacrifice Ishmael, who was to live to beget twelve princes.
Note also, dear reader, that when the promise of the birth of Isaac was made, the grateful Abraham said Ishmael was enough for him if only he will live! - verse. 18.
Therefore, it would have been a small trial for Abraham, the acclaimed man of righteousness, servant and friend of God, to sacrifice the Isaac whom he was ready to forgo in the first place. After all, he had the assurance that Ishmael will live and be blessed with 12 princes. After all, Ishmael was 14 years older than Isaac and would have been 24 years old if Isaac was, let's say, 10 at the time of the sacrifice.
Even more curiously, the Bible narrative gives the impression that Abraham either lied to Isaac or was indeed aware that the child will be ransomed. “God will provide himself a lamb for a burnt offering,” he assured the child when he asked about the animal to be sacrificed. – Genesis 22:10. The sacrifice thus appears to be a fixed episode, an eyewash.
Despite thus assuring his son, the Patriarch will still wrestle the boy to the ground and put a knife to his throat! The Bible narrative leaves critical readers to imagine how the boy would be kicking and squirming; how his face will be racked with terror as his father brought the knife down his throat!
Finally, Isaac is being recognised by the Church as Abraham’s “only son” not because Ishmael was dead but rather because he had been sent away into the wilderness, following Sarah’s demand to “get rid of that slave woman and her son, for that woman’s son will never share in the inheritance with my son Isaac.” Genesis 21:10
Will God pander to Sarah’s elitist, scornful, petty and selfish wish, and acquiesce in the quest to strip Ishmael of his birthright? Even in his absence from home, did Ishmael ever cease to be Abraham’s first son, to make Isaac the “only son”?
The Qur’an Version
The story of the sacrifice is told succinctly at Chapter 37: 100-112 of the Qur’an. Abraham prays for a son and God answers him, only to ask the patriarch to sacrifice the child when he was old enough to be helpful. Father informs son of the instruction to sacrifice him and the latter agrees.
Read on;
100 “O my Lord, grant me a righteous son!
101. So we gave him the good news of a forbearing son
102. Then, when (the son) reached the age to work with him, he (Abraham) said: "O my son! I have seen in a vision that I should offer you in sacrifice: now what is your view!" (The son) said: "O my father! Do as you have been commanded: you will find me, if Allah wills, one of the steadfast!"
103. So when they had both submitted (to Allah), and he had laid him prostrate on his forehead,
104. We called out to him "O Abraham!
105. You have already fulfilled the vision!" - thus indeed do We reward the righteous.
106. For this is obviously a trial
107. And we ransomed him (the child) with a momentous sacrifice
108. And we left this blessing for him among generations to come
109. Peace and salutations unto Abraham!
110. Thus indeed do we reward the righteous
111. For he was one of our believing servants
112. And we gave him the good news of Isaac, a prophet and one of the righteous”
One would notice that though Ishmael is not mentioned by name, there is no ambiguity about the fact that the promise of the birth of Isaac came after the Sacrifice.
Again, whereas the Bible account gives the sacrificial child no say in the matter, Abraham in the Qur’an version calmly informs the child about the instruction to sacrifice him, and the latter submitted to the will of God. This saved Abraham the indignity of lying to the child and averted the dismal spectre of a frail old man struggling to tie down a bouncy, boisterous boy.
I hope this rejoinder will provide another useful perspective on this interesting subject and help improve understanding of the two Abrahamic traditions. God bless you, reader.
Muheeb Saeed
Accra