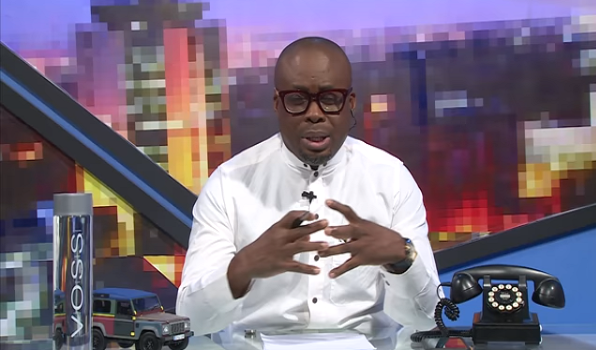 Ibrahim Murtala Mohammed, the Member of Parliament for Tamale Central, has launched a scathing attack on Paul Adom-Otchere, the host of Good Evening Ghana, over what he considers to be an attempt by the journalist to belittle his academic credentials.

Reacting to a presentation by Adom-Otchere in which the journalist criticized him over some issues, Murtala said that Adom-Otchere ‘appeared to be speaking from a different state of mind’.

He criticized the production of the show and pointed out what he considered to be unethical in the production by Adom-Otchere and his Good Evening Ghana team.

“I saw a very frustrated journalist who appeared to be speaking from a different state of mind and I’m not surprised. If I said his program had been debased, I think I was vindicated. How can you do a flier with my picture without my consent. How can you advertise me with a picture purporting to be having me on your program when you never invited me?

“When I saw it I called the producer and quizzed him, he couldn’t tell me. I was vindicated. If you look at the flier, he said he was going to give me education but the spelling of education on the flier was wrong,” he said on TV3.

“He made certain statements which are factually inaccurate. He wanted to go after educational credentials and realized that it’s a no-go area so he mocked the fact that I didn’t put it on my CV that I was a trained teacher. I’ve said it, of all the certificates I’ve acquired, nothing gives me pride than the teacher certificate A I’ve acquired.

“I want to tell him that you take a professional course to be a teacher. You need profound intellectual capacity, to go through and write your exams to pass as a teacher. When he attempted once, he failed. He tried to liken himself to Professor Kwamena Ahwhoi, that Professor Ahwoi was a law professor and not a practicing lawyer. The difference between him and Professor Ahwoi is that Professor Ahwoi didn’t write exam and fail but he wrote several times and failed”, he said.

On the August 2, 2022, edition of his biweekly show, the Good Evening Ghana host took a swipe at the MP, for questioning whether he was a lawyer or not.

"I talk about successful lawyers whose names have been recorded in the Ghana Law Reports…Murtala is not one of them and he is a politician, has he been a successful politician, I’m not so sure about that.

“I got my LLB from the University of Ghana…and they keep talking about you, you are not a lawyer. The other day I told them that if you say I am not a lawyer, Kwamena Ahwoi too is not.