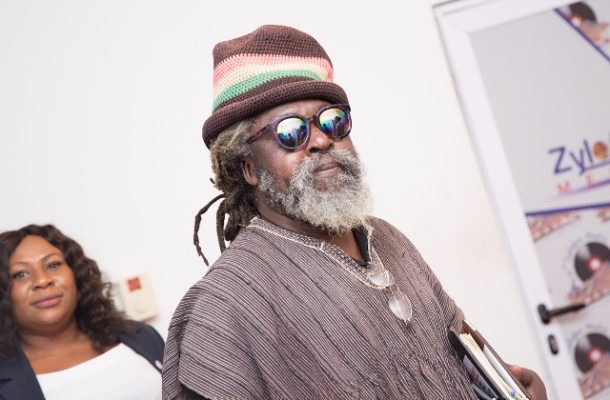 Musician Ras Caleb has revealed that the Musicians Union of Ghana (MUSIGA) have conceded that they are guilty of some anomalies he had accused them of prior to the Union's elections and are ready to right these wrongs.

Bloated register, missing names and registering people beyond deadlines were some of the things the artiste said the Union were doing that could mar the MUSIGA election.

Speaking on Daybreak Hitz on Hitz FM, Tuesday, he stated that “my decision of going to court is to make certain things very clear, the anomalies being rectified and things being done the right way, so in whatever situation that thing can be achieved, I’ll go for it.”

Ras Caleb who is seeking to win MUSIGA’s presidency had sought an injunction on the elections which was scheduled to take place on July 10. The Union, however, is seeking to settle the case out of court.

The court on Monday, October 14, adjourned the hearing of the suit to November 6, 2019.

The Communications Director of the MUSIGA, Ahumah Bosco Ocansey, on Monday, said, they were set to reach an agreement with the counsel of Ras Caleb for the out of court settlement, which would be made formal when the case is called on November 6.

Ras Caleb told Merqury Quaye on Daybreak Hitz that his legal counsel had met some members of MUSIGA’s executive committee and the elections committee to lay down their cards and see to it that the problems raised are worked on.

“They have made progress in certain things like the voters list which was over 2000 now it is 744, even though they are few mistakes we are working on,” he disclosed.

He said MUSIGA is also considering regional album putting together the regional album instead of the national list that allows people to vote anywhere which raised questions about over voting.

“One of the most important things I would like them to cement is the reconstruction of the election committee per article 11 of the MUSIGA constitution which was not adhered to.

“If we are doing everything by the constitution we have to do the right thing,” Ras Caleb added.