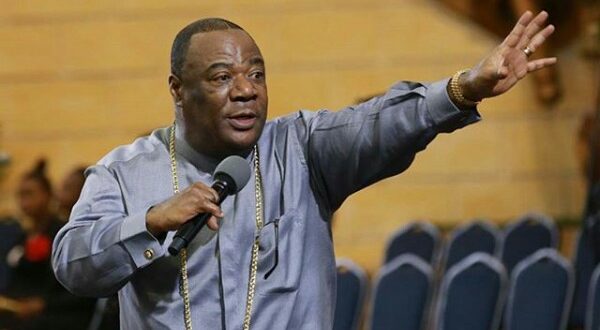 Archbishop Nicholas Duncan-Williams has said he cannot understand why Christians are the ones vociferously fighting against President Nana Akufo-Addo’s plan to build a National Cathedral.President Nana Akufo-Addo on Tuesday, 6 March 2018 unveiled the design and architecture for the National Cathedral at a brief ceremony at the Accra International Conference Centre.It would house impressive chapels and baptistery, a 5,000-capacity auditorium, grand central hall, music school, choir rehearsal and multi-purpose spaces, an art gallery, and a shop.The president said the edifice would be an iconic centre for Thanksgiving and for worshipping God for His mercies and urged Ghanaians to support the project.Making that a reality, however, requires the pulling down of some state institutions including residential bungalows, some of which were built five years ago that house some Supreme Court Justices.The two major parties, the governing New Patriotic Party (NPP) and the opposition National Democratic Congress (NDC) are not in agreement over the project.Also, the Acting General Secretary of the Convention People’s Party (CPP), Kwabena Bonfeh Jnr., has dragged the government to the Supreme Court over the matter.During his second sermon on Sunday, 11 November 2018, the Action Chapel International (ACI) founder said: “Somebody was asking me the other day: ‘Why are you so passionate about this National Cathedral?’ And I looked at them, and it was a believer asking me. And I said to them: ‘I’ve been here for a while, never have I seen any president say: ‘We came into office and I want to build a National Cathedral to the name of the Lord’. And hear me; at least, it is one thing he [the president] cannot will to his kids or his immediate family. At least, it’s something somebody is determined to do for the benefit of the name of the Lord and for the benefit of others and humanity, and not for himself. “And you know the people fighting it? Not other religions, but it’s us, Christians. It’s us, Christians fighting it. And some of you are fighting it because it’s not your party and your president that is building it, so, you must oppose it. And some of you love your political parties and more loyal to your political parties than you are to the bible and the cause of Christ. That is where we are”, he said.To him, if Muslims had a National Mosque, he saw no need for the controversy surrounding the president’s proposal to build a National Cathedral, and, so, wondered why Christians have been the most vocal against it.“The Muslims have built a National Mosque and nobody has complained about it. But a national cathedral, where there will be the first of its kind, bible museums with the different characters in the bible being showcased where children, families, people will travel from far and near, to pay and come and look, and it shall stand for God and country, as a memorial, we’ll oppose it: ‘Who is funding it? Who is giving to it? Who is financing it? Where is the money coming from?’ As if somebody has asked you for your money. And we’ll oppose it, even when we don’t understand it. We won’t ask the questions, we criticise things, we fight everything”.Archbishop Duncan-Williams, who is billed to have a Convention in Accra soon, said Christians have become too critical of even the things meant for the progress of the Kingdom of God than non-Christians.Citing an example to buttress his point, he said: “At this [forthcoming] Convention, there’s a singer coming. I’ve heard of him. I’ve never seen him before. And a Muslim friend of mine said to one of my daughters in the church: ‘Ask Papa if he’s interested in having this singer?’ So, I googled him. The guy is good. And I said: ‘How much will he charge?’ And they mentioned some serious figures in dollars. And I said: ‘I haven’t budgeted for that, so, I don’t know if I can do it’. And this guy [the Muslim friend] told the sister in my church, who is one of my spiritual daughters; he said: ‘Tell Papa not to worry about the money. If he wants to have the guy I’ll pay for it’. And this is not a Christian.“And Christians are sitting down and all we do is criticise. Be critical over everything. There are Christians who don’t care about the cause of Christ.“There are Christians [that] if they go to a secret meeting and they hear that there is a plan against my life, they will keep quiet and not tell me because they don’t want to lose their job. And they’ll watch me fall into a trap because they love their position, they love their names, they love their image than they love the cause of Christ.“But you know something, you won’t live forever. It doesn’t matter how long you live, there will come a day when all of us will stand before Christ and our motives and the reasons for which we lived, everything will be played to us like you see me on the screen. Your life will be played back for you and it is not God that will judge you; your works will judge you. On that day we would know what you lived for”, he noted.