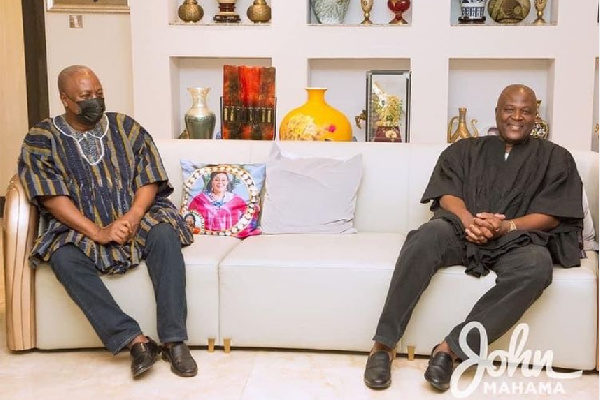 'Gyata' cement CEO, Ibrahim Mahama, has endorsed his brother, the former President of Ghana, John Dramani Mahama, for president in 2024 amidst complaints by Ghanaians expressing disappointment in the Akufo-Addo-led administration.

According to the millionaire, his brother will win the 2024 elections, making him president in 2025.

The caption accompanied a picture of the two brothers seated on a white couch, which had a small pillow of the former First Lady, Lordina Mahama, positioned close to her husband.

Although not physically present, they made sure the mother of five was there with the two brothers.

Ibrahim and John beamed with smiles while captured in the northern smock, also known as the fugu, in the Gyata Boss shared post.

The post is believed to ride on the back of Ghanaians' many complaints about the sitting government and how their grievances are ignored with no discernible development.

A clear example is the passage of the E-levy earlier this year. Although many Ghanaians fought against the Akufo-Addo-led government, they still went ahead to pass the bill.

Another major problem is the increase in goods and services because the dollar rate is currently at almost 11 cedis. 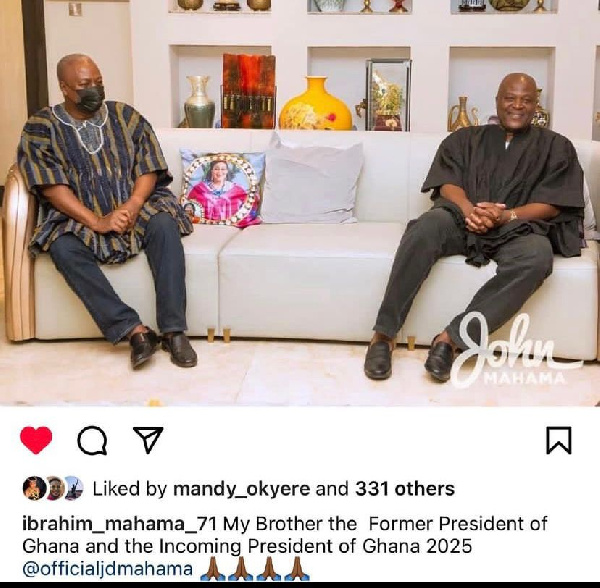