My daughters have changed me - Rawlings 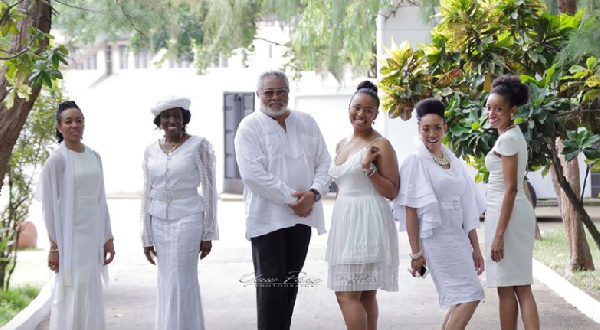 Rawlings says women are the backbones in society

President Jerry John Rawlings has said it is not an accident that he has given birth to three ladies.

According to him, people thought having three girls will make him too radical but on the contrary they have made him compassionate.

“You know I remember people thought that having three girls would make me too radical because I will be taking my frustrations out on people but they didn’t realise that these girls were making me more and more compassionate,” he told Asaase radio.

To him, he does not joke with women because they are the backbones in society.

President Rawlings is married to Nana Konadu Agyemang, with whom they have four children including three girls named Zanetor, Yaa Asantewaa, Amina and Kimathi Rawlings who is the only male child.

The Rawlings family has been under the media’s lens for years for various reasons, but notably, political.

On June 22, 2020, Mr Rawlings turned 73 years and the former president posed with his female army; his wife and three accomplished daughters in family photos.