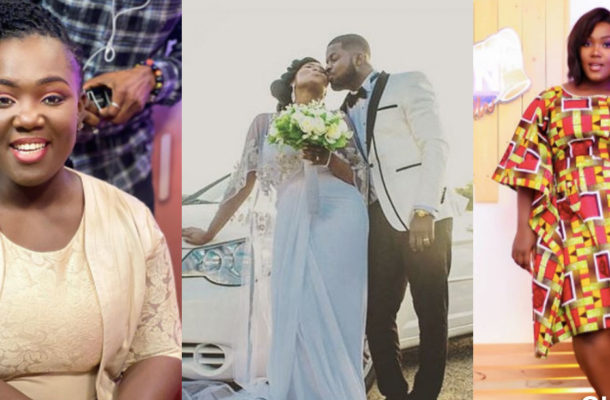 Popular TV show host Cynthia Tima Yeboah aka Tima Kumkum has made a startling revelation about her personal life.

She has revealed in an interview on the Delay Show that it has been years since she saw his former husband with whom he has two kids with.

Tima Kumkum disclosed that since they separated in 2017, his husband has never set eyes on their two children nor provide for his two children.

She further added that his ex-husband has not traveled outside the country and even ignores her calls.

“I haven’t heard from him in years, I am the one taking care of our children. He stays right here in Ghana… sometimes he ignores my calls. I am not supposed to tell him to cater for his children, he knows his responsibilities as a father”, she said.

The mother of two who was almost on the verge of breaking down during the interview said that it has been “me and the children all along”.

“The separation began when I took seed with my second child, it was all due to some misunderstanding. I couldn’t say he cheated but things didn’t go well with us. I moved from Koforidua to stay with my friend when I was pregnant… I didn’t know the whereabouts of my husband as at the time I was carrying our child but after my safe delivery he resurfaced, that was during our separation in 2014,” she revealed.