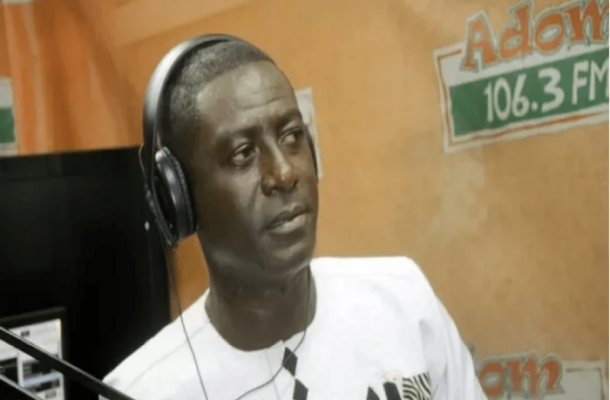 Captain Smart, who recently resigned as radio presenter at Adom FM, has revealed his greatest challenge as a married man since he started working.

Captain Smart sat down with Kofi Adomah of Kofi TV for a one-on-one interview a few hours after his resignation from Adom FM and the Multimedia Group was made official.

According to him, one of his greatest challenges as a man is leaving his beautiful wife at home every morning for work.

Captain Smart added that even though he may not look like the emotional type of husband, it was actually a difficult experience leaving home for work.

“My greatest challenge is when I have to look at my beautiful wife every morning and leave her for work, that is my greatest challenge. It is an experience that is always bitter to me but people don’t know. Morning sex is very sweet and I love it…

…the thing is any man who makes love to his wife every morning is really in love with the wife,” he said.

News reports earlier Wednesday had it that Captain Smart had officially left Multimedia Group Limited, where he had worked with Adom FM, a subsidiary of the media organization for seven years as host of the radio station’s morning show. The news came after many denials.

The official website for the radio station reported that management had bid the experienced presenter farewell and expressed gratitude to him for his impactful service.