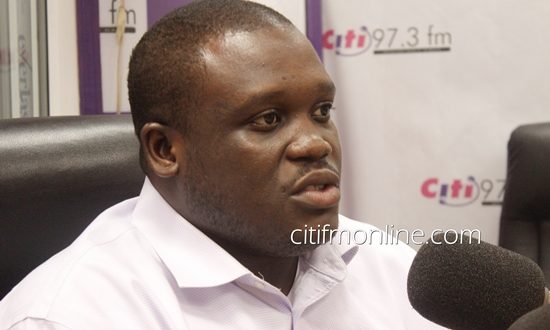 The National Democratic Congress (NDC) parliamentary nominee for the Ningo Prampram Constituency, Sam George, has accused his New Patriotic Party (NNP) challenger of indulging in character assassination instead of debating real issues. He accuses Sylvester Tetteh of attacking his personality in his campaign; a move Sam George said does not augur well for the development of the community. “I can state on authority that the NPP candidate who is the lead contender clearly has no message and so he’s engaging in politicking of character assassination and rumor mongering and all he is doing is jumping from one place to the other and creating quarrels between me and some chiefs; but you see when I meet the people, and I am told what the NPP candidate has said about me, I ask if anyone of them can beat their chest and say Sam George has disrespected them before and they say no.” According to Sam George, the NPP candidate who happens to be his cousin is making the same mistakes that led to the defeat of long serving ET Mensah in the NDC primary in the constituency.

“He is making the same mistakes that the respectable honorable ET Mensah made in the primary where the campaign becomes about Sam George but when I meet the people I don’t talk about the other candidate; I mean if I come and tell them about how bad the NPP candidate is, it doesn’t fix the roads nor connect water or bring a hospital.’’

He said he is unfazed by the allegations but is rather working on his four thematic areas for the constituency which includes education, agriculture, health, sanitation and youth empowerment.

“For me, I have been very focused on my campaign and my message is clear and my people know the message I took to the elections the last time; the issues are still prevailing in my constituency and this is what I am concerning myself with; I don’t have time to waste on discussing him (Sam George) and people should disregard that because he is seeking unnecessary attention.”

Secondary School and Ningo students who finished the recent WASSCE.

On boosting the economic situation of the constituency, the NPP Nominee said he will construct a market to serve as a trading hub for the fishermen and farmers.

It seems both the NDC parliamentary nominee, Sam George and the NPP Candidate, Sylvester Tetteh ,may have similar areas that they will focus on should either win the race in the December polls.

For the NDC’s Sam George, his main contender has plagiarized his two-point agenda of employment and education. He intends to embark on mechanized agriculture and focus on cassava; the kind that is used in the alcoholic beverage industry.

On education, he stated that 80percent of his common fund when elected MP will be channeled into an educational trust fund that will be focused on building infrastructure, scholarships and grants to brilliant but needy students, whiles ensuring the welfare of the teachers is looked at.

On his thematic areas, Sylvester Tetteh said he has a program which will ensure that every community has ICT and library to propel education in the community.

He also intends to set up an Educational and Youth Empowerment Trust Fund to help brilliant but needy students and also help to put some infrastructure in terms of ICT and libraries across the constituency,  and also help to improve teachers’ bungalow and living conditions of the teachers.

When asked where the funds would be coming from for the projects mentioned, Sam George said he planned and saved towards the projects.

“I have friends who believe in my vision and support what I am doing, most of the resources are not mine; take for instance one of the graders (he is currently resurfacing some roads in the constituency) was given to me by a friend for 21 days, another person gave me his grader for half the price of hiring; so I am cashing in on the goodwill that I have built over the years.’’

Meanwhile, the NDC parliamentary nominee is on a 21-day house to house campaign in the Ningo Prampram community to gunner more support in the round up to the elections in December.