My salary was GH¢2,500 as NPP Director of Communication - Yaw Adomako Baafi 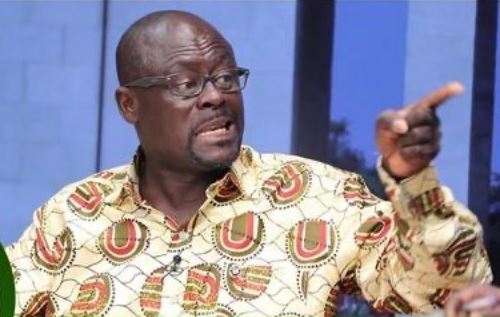 The former Communications Director for the governing New Patriotic Party (NPP), Yaw Adomako Baafi, has said that he was paid GH¢ 2500 when he was acting in the position.

According to him, despite the seeming meagre salary, he had no side job and he dedicated his life to serving the party while some were treating their roles at the party as part-time jobs.

Speaking in a Neat FM interview monitored by GhanaWeb, Baafi urged the party to make the national executive positions of the party permanent jobs and give them better remunerations so that they can concentrate on their jobs.

“When I was national (communication) director, my pay was GH¢2500. And I was not getting any additional income from any here. But the people, we help to become MPs or ministers earn GH¢20,000 and above. I was not given per diem or fuel allowance. You can call them (the NPP) and ask them. Those working for the party now, I didn’t think they earn even more GH¢5000.

“Most of the people whom I was working with had offices outside, I was the only person who was in the office all the time. I also did not take any contract. Nobody gave me a contract.

“The only person who gave me a contract was my brother Atta Akyea. And the person he left the contract with to give it to me even failed to do so,” he said in Twi.

The former Communications Director further stated that he had no issue with the current director but his issue is with the fact that the position must be for someone who will treat it as a permanent job.

He, however, added that the decision was for the party to make and it is his wish that all the appointees will be able to do their work well.

Mr. Baafi made these remarks while reacting to the appointment of the Head of Corporate Communications at Ghana National Gas Company, Ernest Owusu Bempah, as the Communication Director of the NPP.

Adomako Baafi previously expressed shock at the appointment of Owusu Bempah, who he described as a known member of the National Democratic Party (NDP).

According to him, he acknowledges the work done by Owusu Bempah for the political party and government but since he has not officially joined the NPP, he does not deserve to be appointed as Deputy Communications Director.