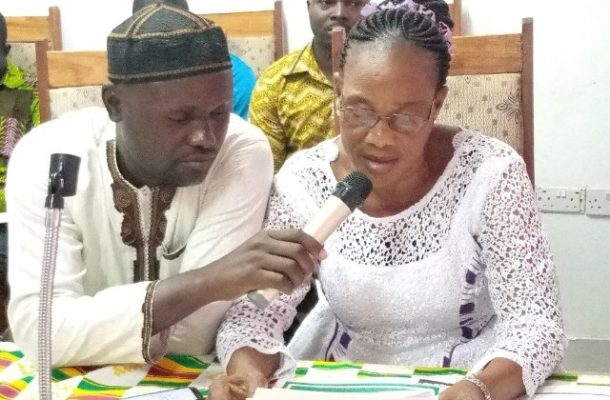 The Nabdam District Assembly has secured a piece of land for the construction of a district hospital to improve health service delivery.

The Assembly, collaborated effectively with major stakeholders in the district including chiefs and opinion leaders to secure the land and it is presently making efforts to ensure that the hospital project comes to fruition.

She appealed to government through the Ministry of Health to give the project priority and fast-track plans to provide the area with a district hospital to help prevent health complications usually associated with lack of certain facilities.

“The district has only one clinic and a private health facility, and so serious health issues are usually referred to the Regional Hospital in Bolgatanga, which is far from the district”, she said.

Mrs Anamoo said a hospital in the area would help improve upon the health status of the people, particularly prevention of certain diseases as well as reduce the rate of maternal and infant deaths.

As part of efforts to improve the health sector, the DCE stated, “the Assembly on its own, through different sources of funding has constructed some Community-Based Health Planning and Services (CHIPS) compounds in deprived communities and provided them with a number of health equipment”.

She said the district could boast of 17 CHPS Compounds that were connected to reliable water sources for effective health service delivery.

Madam Anamoo said the Assembly had procured and distributed health equipment including 20 beds with assorted health equipment such as delivery sets, dressing sets, BP Apparatus, weighing Scale, furniture, cabinets, veronica buckets and benches among others to the health facilities in the district.

The DCE indicated that apart from the new ambulance that the district got from the Ministry of Special Development Initiative and the nurses’ quarters constructed and handed over before the end of 2017, the Assembly had almost completed offices for the District Health Insurance.

The Assembly is presently drilling 17 boreholes in addition to the 20 boreholes that were drilled in some deprived communities in the District last year, she said.

Touching on agriculture, the DCE indicated that under the Rearing for Food and Jobs programme, a number of subsidised cockerels and 400 sheep were distributed to about 40 farmers in the district.

Madam Anamoo, who indicated that 2,277 farmers benefitted from the Planting for Food and Jobs Programme, last year, said the 1000 metric tonnes capacity warehouse under the one district one warehouse project had been completed and would contribute to curbing post-harvest losses and increase income levels of farmers.

“This year, plans are ongoing for the provision of simple hand-held farm equipment and assorted agricultural machinery for the establishment of Agriculture Mechanization Service Centres (AMSECs) to improve small scale farmers’ access to agricultural mechanization services,” she added.