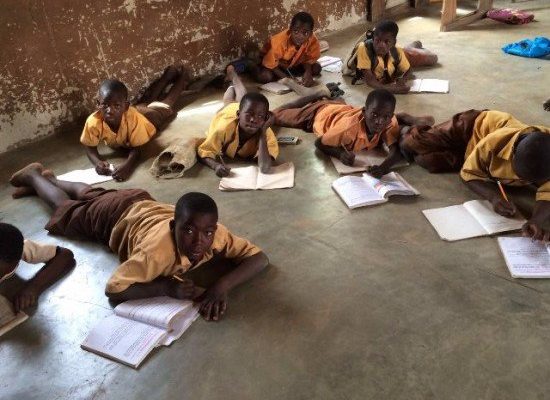 Primary school pupils in the Nalerigu English and Arabic Basic Primary School have been forced to lie on their bellies or sit on the floor during lessons.

The roof of a three unit classroom block of the school was ripped off in 2014 and has since not been fixed, forcing authorities to mix the displaced school pupils from KG to upper primary in an old structure.

More disturbing, there are no desks in the school, a situation which perpetuates truancy among pupils who are not enthused about taking lessons while sitting or lying on the floor.

Tanko reports that, the pupils present at the time of his visit also threatened to play truancy and drop out if their situation is not bettered.

There is more in the report below