Nana Addo has failed to protect our democracy - CDG-GH 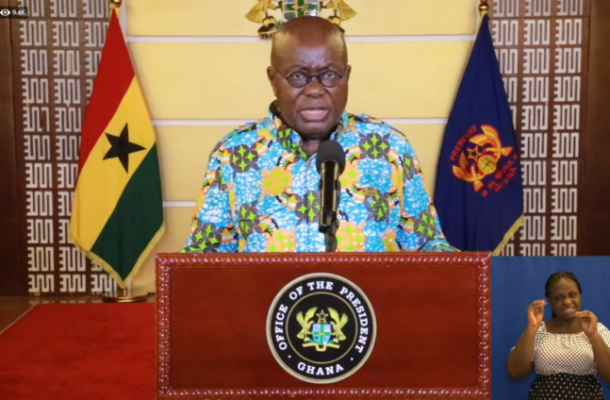 The Caucus for Democratic Governance, Ghana (CDG-GH), as a result of its research is still worried about the political turbulences characterizing the events before, during and after the 2020 elections. The use of brut force and intimidation during the elections; the killing of seven innocent voters; the snatching of ballot boxes; the errors in the calculation of votes by EC and her inability to reconcile all the wrong figures put out for public consumption.
Events since 2017, clearly indicate, that Nana Addo seeks to build a right extreme dictatorial, friends and family government system. A system where the will and interest of the President supersedes the voice of the people, and the mandate of the Constitution. A system of State Capture; where the top hierarchy of State Institutions are filled mostly with clan members and friends whose qualifications are their vow to obey and serve the interest of the President.

Armed attacks
In 2017, armed Militia and some vigilante groups, invaded a Kumasi High Court, where a pregnant High Court Judge , in panic, had to flee for her life. During the Ayawaso West by-election, a swamp of armed militia and Police, attacked and shot many innocent peaceful citizens who were voting at the Bawaleshie polling station. The frequent harassment of innocent citizens by the Police. The killings of Takoradi school girls, the killing of Ahmed Source the under cover journalist, and the killing of J B Dankwa, all point to State suppression.

Reports of Committees
Many reports from Committees, that investigated corruption, armed killings and other corrupt practices in Flagstaff House and the Ministries were shelved by the so called “clearing agent”, who protected corrupt clan members from the eagle eye of the law. Fraudulent PDS agreement, led to heavy financial losses to the State. Our 10% Mineral Resource proceeds was fraudulently captured by the Agyapa deal. The inflated AMERI Agreement which passed through cabinet signed by the President, was sent to Parliament only for the President to confess that he was misled to sign the fraudulent Agreement. The Special Prosecutor who lost his autonomy, through constant directions from the President, came out to reveal during his resignation that the President is highly corrupt. The Auditor General who was dealing with the corruption case of Osafo Maafo, was suddenly asked by the President to proceed on leave. Ghana has a national debt of about 270 billion ghc, with 15% going down the drain through corruption.

Conclusion
The reckless use and needless politicization of Army and Police. the abject incompetence and deceit; the substandard decisions on national issues; the high national debt in a bloated economy, were all determining factors that led many Ghanaians to believe that Nana Addo with his 76 years, is not in full control and must resign. He has failed to protect our democracy.