Nana Addo will wreck this nation if voted for - Kofi Adams 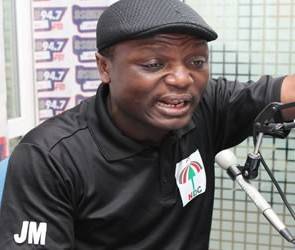 According to him, Nana Addo will wreck this nation if he is voted for, hence Ghanaians should not fall for his deception.

Speaking in interview with Kwame Tutu on Rainbow Radio 87.5FM, the former spokesperson for the Rawlings' said, ''If anyone would be interested in saving our country, then the person should be realizing that Nana Addo is  likely to ruin this country when he gets the opportunity.''

Kofi Adams maintained that Ghana needs a leader that can unite and transform this country and that, the best person to do that job, is the President and candidate of the governing NDC, John Dramani Mahama.

He said, President John Dramani Mahama is a good leader and as well exhibited exceptional leadership in the management of this county.

Whereas the presidential candidate of the NPP, Nana Addo has failed to unite his party and show good leadership.

Kofi Adams who was speaking ahead of the official launch of the NDC campaign noted that, the event would confirm the unity and seriousness of the party.

He indicated that despite the challenges confronting the country, the Mahama led administration has done remarkably well to be maintained in office.

He concluded by stressing the need for Ghanaian voters to vote for President Mahama to continue to transform and change the lives of citizens.