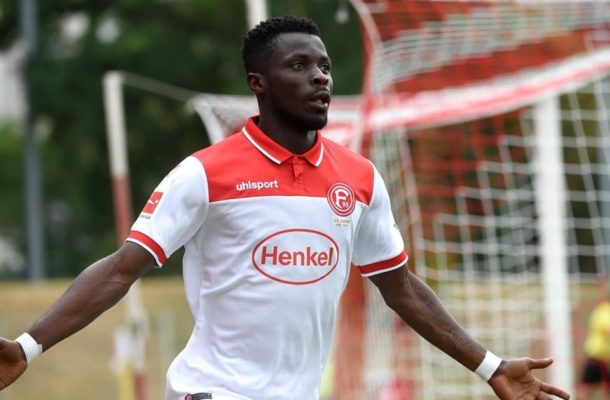 Media reports in Ghana suggest that the former Waaseland Beveren attacker is among three players who have been put on transfer by Dusseldorf with the rest being Aymen Barkok, Erik Thommy.

Ampomah joined Fortuna Dusseldorf at the beginning of this season for a club record 5 Million Euros but failed to glitter as he made 12 Bundesliga appearances but failed to score a goal or provide an assists.

He has already been linked with a move back to Belgium with Gent being the likely destination where as Turkish clubs Besiktas and Galatasaray are also monitoring his situation for a possible swoop this summer.

His contract with Dusseldorf expires on June 30, 2022.