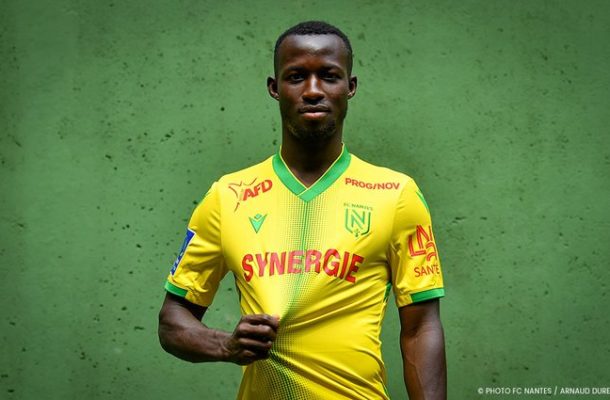 French Ligue 1 side FC Nantes wants to keep hold of Ghana and KAA Gent winger Osman Bukari after the expiration of his loan deal.

The winger joined the French side on a season long loan deal at the beginning of the season from the Belgium side.

Nantes wants the winger to continue to are baulking at paying his 2.5million euros transfer fee as they deem it too expensive.

Coach Hein Vanhaezebrouck is not counting on a return of Osman Bukari, who is still under contract with KAA Gent for one year.

Nantes coach Antoine Kombouaré also hopes to be able to count on the services of the 23-year-old attacker next season. Bukari scored 2 goals and 4 assists in 26 games for Nantes.

The Ghanaian winger has scored 4 goals and 6 assists in 35 matches. Mogi Bayat accompanied Bukari to FC Nantes in August 2021.