Nasiru Moro unhappy despite scoring for his side Orebro 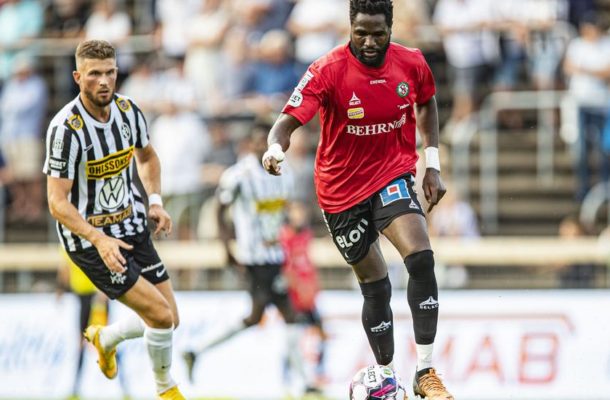 Ghanaian defender Nasiru Moro was on the scoresheet for his Swedish second tier side Orebro on Monday but is not happy as his team lost.

The Ghanaian scored only his second goal for his club Orebro in their Superettan league game against Landskroma.

He leveled the scores for his side in the 32nd minute after Ousmane Diawarra had shot the home side into the lead in the 19th minute.

A second half goal from Jesper Strid handed the home side Landskroma all three points in the game.

Speaking after the game, the Ghanaian who scored his goal for the club this season revealed that he was not happy and disappointed with the scoreline.

"If I score a goal and the team loses, the goal means nothing", Moro said after the match against Landskrona.

The former Accra Lions player has been an integral member of the team as he has made 10 appearances out of 11 matches scoring once.

The  versatile Ghanaian is hoping to help Orebo make a quick return to the topflight after suffering demotion last season.