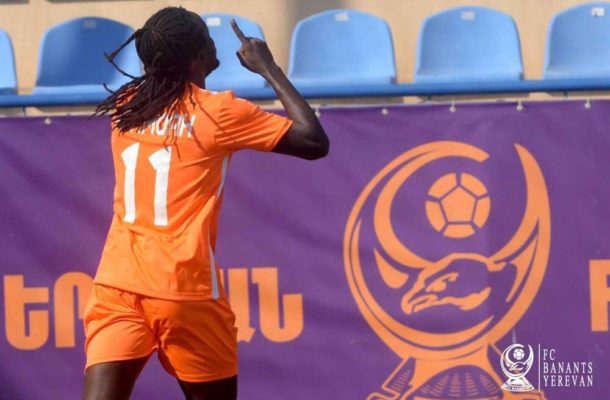 Banants went away to the Stadion Nairi in Yerevan to beat Ararat FC 1-0 in the match week 14 encounter.

Nathaniel Asamoah scored the only goal of the game in the 12th minute for the visitors to record his second goal of the season.

After 14 matches played in the season so far, the striker has made 11 appearances where he has helped his side to 4 wins in their last 4 games.

The win means Banants would sit pretty on top of the league log with 26 points.