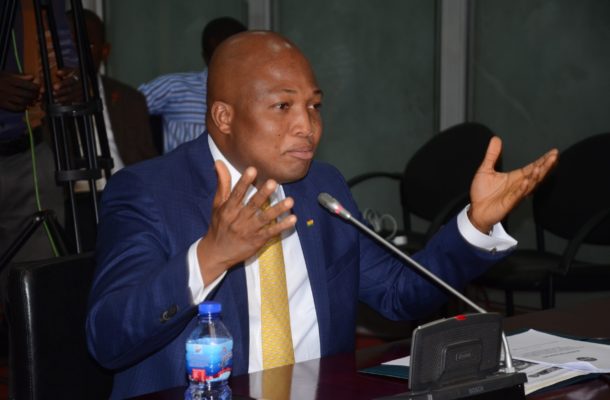 The Member of Parliament for North Tongu, Samuel Okudzeto Ablakwa, feels the government’s construction of the National Cathedral is indicative that Ghanaians are being taken for granted.

He says the State has been disingenuous with the project, describing it as the biggest presidential scandal in the country’s political history.

The legislator’s comments come after he claimed that the National Cathedral project is a private entity contrary to claims that it is state-owned, plus allegations that some members of the Board of Trustees have not been registered as such and have been substituted.

“This is why we are pushing for a bi-partisan committee probe into this whole National Cathedral rot, which is emerging as the biggest presidential scandal. It is the most putrefying presidential heist in the entire history of the fourth republic. And we think that we must have a special probe to really delve into all the matters because anytime the government makes claims, every angle of it is a breach”, Mr. Ablakwa said on Eyewitness News.

Already, Mr. Ablakwa’s colleague MP for Ashaiman, Ernest Norgbey, is set to sue the government for sole-sourcing the architectural design contract for the National Cathedral to Sir David Adjaye and Associates Limited.

The North Tongu legislator, who has been vocal on the construction of the National Cathedral and the government’s financial commitment, wonders why such a religious project is being constructed through supposed shady deals.

“This is the Lord’s project and there is no righteousness, no holiness, no purity and no effort to show reverence to God and to respect our laws. These are the matters that we are totally outraged about, and we are serving notice that as a caucus, we take a very serious view to these matters, and we are going to delve into them and make sure that people answer the questions that have to be answered. If not, people will not take the Parliament of Ghana serious”, he stressed.

Its Executive Director, Dr. Paul Opoku-Mensah in a statement clarified that the project is a non-profit organisation owned by the state.