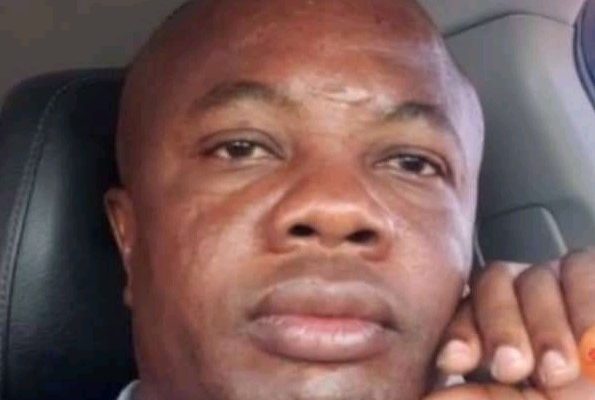 "These are the people giving his Excellency Nana Addo bad names..

"You can't abuse a woman n claim you are untouchable becos you work at National Security...," Afia Schwar wrote on her Facebook page, calling the attention of the National Security boss to investigate the issue.

The controversial media personality in her claims also revealed that Frank Kwasi Amoah did not only abuse his wife, but also recorded her duty and has been threatening her with the said footage.

Schwarzenegger went ahead to claim that even Mr. Amoah's side chick knows about his wife's nudity, something she found very disturbing.

"Good afternoon to the boss of National Security..please ask Frank Kwasi Amoah why he recorded his own wife's nudity. Why he is threatening her with it...and why does his girlfriend knows about his wife's nudity??," the post added.

She rhetorically quizzed, "When will abuse on women stop??"

Domestic violence is prevalent in Ghana, owing in part to a deep cultural belief that it is socially acceptable for men to discipline their wives physically. Around one in three women in Ghana are likely to experience domestic violence.

The problem of domestic violence is more prevalent in rural areas.

According to 2011 Multiple Indicator Cluster Survey (MICS) 2011, 60 percent of Ghanaian women believe that husbands are justified in beating their wives, for a variety of reasons.

In 2008, 38.7 percent of Ghanaian women between the ages of 15 and 49 who had ever been married had experienced physical, emotional or sexual violence by a husband or partner at some point in their lives.

Ghanaian women who are poorly educated and from poor socioeconomic backgrounds are more likely to believe domestic violence is justified. 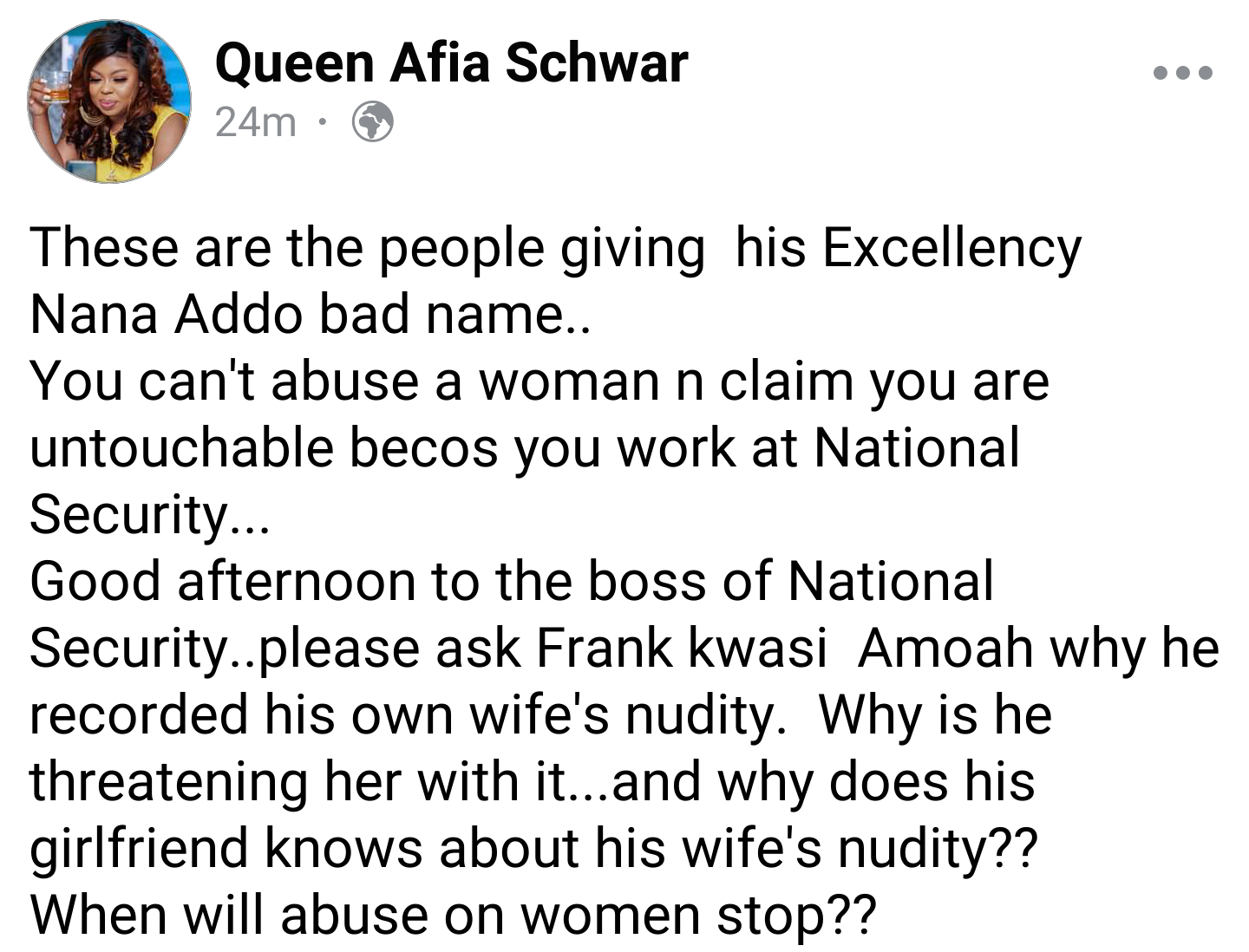