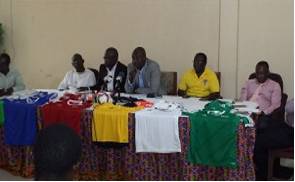 The Ghana Football Association yesterday launched the maiden edition of the National U-15 Youth league at the football association secretariat.

The move is to revive juvenile football in the country as well as help develop future stars to form the core of the national U-17 team the Black Satellites of Ghana.

“This initiative by the Football Association is aimed at developing young players and referees in the country.

“FIFA has embraced this program of ours and the football association is also doing its part in providing logistics and materials to be used by the clubs in the competition.

“The Football Association will bear the cost of the transportation of all the teams participating in the league.

“The Ghana Football Association will work closely with the Ghana Education Service in order to ensure the players are selected from schools,” he added.

The format of the competition will have 16 teams and they will be grouped into the Northern and the Southern sector. The teams will play a league system with a total of 14 matches to be played in a season.