NDC attacks on us unfortunate - CDD 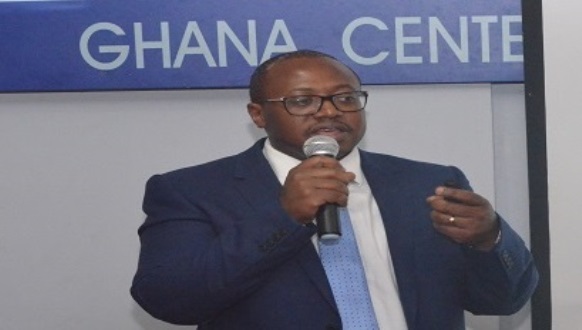 The Centre for Democratic Development (CDD), has described as unfortunate attacks on them by the governing National Democratic Congress, over its recent survey which portrayed the government in a bad light. CDD in its pre-election survey indicated that 7 in 10 Ghanaians are largely disillusioned with government and believe the country is headed in the wrong direction.
But the NDC’s Deputy General Secretary, Koku Anyidoho accused the CDD of fabricating the findings in connivance with the opposition New Patriotic Party (NPP) to sour the government’s reputation ahead of the 2016 polls.

“It is something that the NPP cooked and they have put out… it still remains a fact that the CDD, as far as were are concerned, is an appendage of the NPP,” Koku Anyidoho asserted.
Justifying the survey on Eyewitness News, a senior research fellow at the CDD, Dr. Kojo Asante, argued that their findings are a representation of the views of Ghanaians.
“It is unfortunate to hear this again. CDD is 18 years now as an organization. We have been doing this work for many years, and we’re respected all over and this is not the first time we’ve done surveys. We have people who are very experienced in doing surveys. Our samples are open and these are the national representative sample of Ghanaians and these are their views,” Dr. Asante added.
He also explained that the rationale for conducting the survey was “because we want this election to be about issues.”
“We are 22 years practicing democracy, and we still can’t get used to pre-election surveys. This is done all over the world and governments look at these things that are done by independent organizations and take from it what they can, but for us the objective is to generate discussions around the main issues that should concern any political party seeking to govern this nation. And I think that will help us shift from this personality attacks. That really does not address the bread and butter issues for Ghanaians,” Dr. Asante added.