NDC boycott of IPAC is warranted 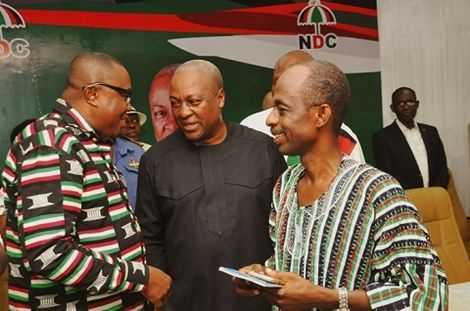 I am still struggling to understand why the Electoral Commission Ghana will pick a pen and paper and write to the NDC to invite them to discuss or review the 2020 General Elections.

An aggrieved Party in an elections you conducted went to the Supreme Court for redress, the Party requested through a motion that the Chairperson of the EC testify to the Court how she conducted the elections in a effect a judicial review of the process.

The EC chairperson through her Counsel and Counsel for the EC decided that their Client won’t participate in that form of Judicial review.
The Court agreed with her and inconclusively decided on the matter.

Barely two months down the line, the same person who refused to participate in a Judicial review of her conduct as EC Chairperson has written to the Party that was aggrieved in the elections that they should now come for them to sit down and review the conduct of the elections.

Where in this World can this grotesque betrayal of a fiduciary responsibility happen and would still be met with a genteel opposition?

Going forward this EC has a lot of work today to regain the trust not just of the NDC but of many Ghanaians, Civil and Political Actors,International Agencies and many others who have lost so much confidence in our electoral process that was until recently a model for a lot of African Countries in the sub-region.