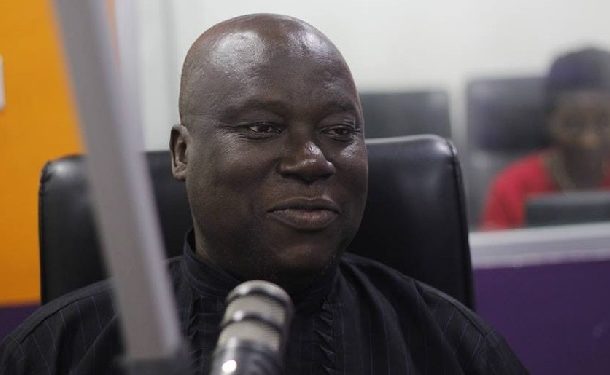 Mr. Ade Coker indicated that the first time legislature is always at the center of controversy and negative incidence that occur in the political space.

His comments comes on the back of the violence incident that almost erupted at Ningo Prampram during last Saturday’s NDC presidential primary which was largely described as peaceful.

According to reports, there was an exchange of hefty blows, resulting in one of the delegates sustaining serious injury in the face, with blood oozing from his wounds.

Sam George was said to have warned Ade Coker to stay away from his constituency in the midst of the tension.

Mr. George is currently testifying before the Short Commission of Inquiry in relation to the electoral violence incidence which marred the recent Ayawaso by-elections.

The NDC Greater Accra regional Chairman has however described Sam George as ignorant of party constitution adding that Sam George's name pops up whenever there are issues of electoral violence.

“I don’t respond to MP, I respond to party Chairman; they are the people in charge of the party. That is the constitution. Nobody has power over the constituency than the party executives . . . Ooh! He said that I don’t have the power to come to Prampram; if somebody says that, you just have to ignore the person. The election is over and the most important thing is that President Mahama got 95.24% and that is the issue we should be talking about,” he said.