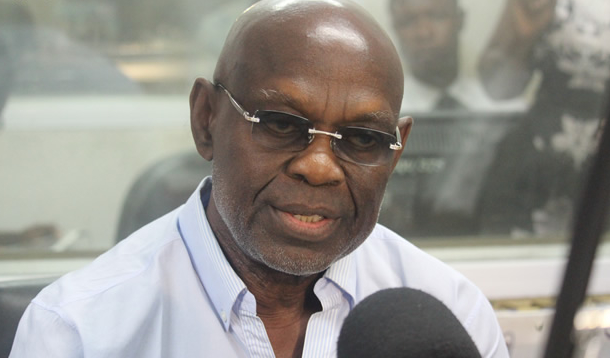 The National Democratic Congress (NDC) is embarking on its reorganisation and re-registration of members at the branch level with caution.

In line with this, the party has debunked rumours making the rounds that the implementation of the nationwide exercise had stalled.

The nationwide exercise, which forms part of the implementation of Professor Kwesi Botchwey Committee’s report, is also to ensure unity and cohesion at the grassroot level as recommended by the committee.

Speaking to the Daily Graphic after a Functional National Executive Committee (FEC) meeting at its headquarters at Adabraka in Accra last Tuesday, the Deputy National Organiser of the party, Mr Mahdi Muhammed Gibrill, said the previous biometric registration embarked on by the party was flawed.

That, he explained, was because some of the individuals who were involved in the exercise manipulated it.

According to Mr Gibrill, members were required to re-register at their branches where they were known to the executive to ensure those who got into the register were genuine members of the party who had duly paid their dues to raise funds for the party.

He said the manual re-registration would later be migrated onto a biometric register and urged members of the party to help in making the mass education and the re-registration exercise successful.

He added that having followed through with the recommendations of Professor Kwesi Botchwey’s report by embarking on a healing and reconciliation tour led by the Council of Elders, the party is now ready for all the 10 regions to begin solid work for the branch re-registration and reorganisation exercise.

Mr Gibrill said the branch reorganisation and re-registration had become necessary because it was obvious that during the last election, the branches did not function as they ought to have done, hence the need for the reorganisation.

Mr Gibrill further stated that the biometric registration was intended to create greater and broader participation in the party’s internal election processes which had certain challenges that did not inure to the benefit of the party, hence the decision to undertake a new registration exercise to create a more credible and acceptable database for the party.

He said after the branches, constituencies, regional and national reorganisation, the party would elect its national officers after which the stage would be set to elect the flagbearer for the 2020 election.

The deputy national organiser indicated that the party was aware of the clamouring of members from the base for what they wanted and that they were working to meet their genuine demands and strengthen the party’s base.

Zacharyciz 3 years ago
Hello. And Bye.